Is Your Dog Too Fat?

My son and daughter-in-law lived with me when we got my dog, Bo. They finally bought their own house and moved out of mine. They had always taken Bo on daily walks or runs, but now it was up to me. I have bad knees, and walking is hard, especially when being pulled along by a strong, 80 pound dog. So Bo began to gradually gain weight, until he tipped the scale at an unhealthy 99 pounds. 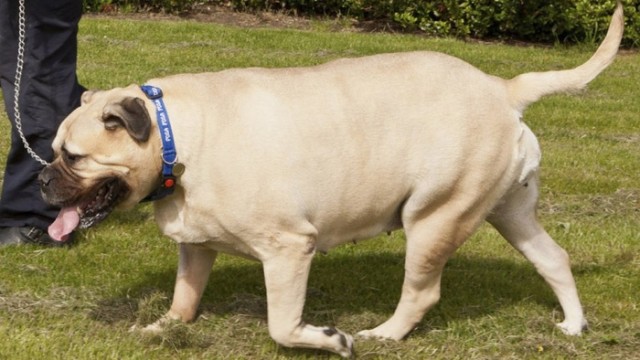 The United States is said to have an overweight epidemic, with 2 out of 3 humans being either overweight or obese. Sources indicate that some 40 percent of the pet dogs in the United States are also overweight or obese. Pfizer Animal Health, one of the leading producers of pet pharmaceuticals in the world, found that veterinarians consider about 47 percent of their patients overweight in the U.S. In the same study, only 17 percent of dog owners believed that their dogs were overweight. It seems as though vets and owners have very different ideas about whether dogs are fit or not.

The Problems It Can Cause

Many of these problems can be reversed with weight loss and exercise.

So, how can you tell if your dog is overweight? Here are a few guidelines:

Some breeds are prone to weight gain, including some of America’s most popular breeds: Labs, Golden Retrievers (Bo), Beagles, Cocker Spaniels, Dachshunds, and Shelties will all gain weight quickly if you overfeed them. Some terrier breeds, too, are prone to putting on weight. But any dog will gain weight if you consistently overfeed him.

Of course, you will want your vet to rule out any diseases that would cause your dog to gain weight, such or Cushing’s disease (overactive adrenal glands) or hypothyroidism (an underactive thyroid gland).

How Much Is Too Much Food?

Many popular dog foods today provide feeding estimates on the side of the bag that are overly generous. If you follow the recommendations on the bags then your dog can quickly begin to gain weight. Remember that the guidelines on the bag are only suggestions. When you start feeding a new food you need to keep a careful eye on your dog to see if he is gaining or losing weight. If your dog begins to put on too much weight you should cut back on the food. Some experts will tell you NOT to cut back on the amount of food, as this can lead to malnutrition over time. They will tell you to feed your dog special reduced-calorie food. 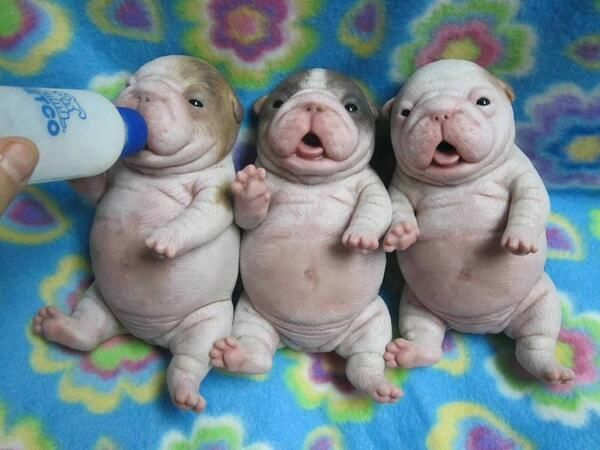 I had been overfeeding Bo. I was feeding him 18-20 oz (in a 20 oz cup) 3 times per day. The kids were constantly on me about it, but I felt like what they wanted to give him would be a starvation diet. Boy, was I wrong! We later switched over to canned dog food and according to the recommendations, Bo should have been eating almost 6 cans per day. During his diet, he was getting 2 cans.

Bo’s vet says she has seen cases where a dog had to be fed only a couple of tablespoons of food per day in order to lose weight. I didn’t think to have that comment clarified, but hopefully she was referring to very small dogs, not a large one like Bo. But I don’t know that for sure.

If you have more than one dog, your dogs may also be more prone to gain weight. When several dogs live together they tend to eat every bite and even compete for food. They can gain weight much faster than a single dog who may be a pickier or more leisurely eater. 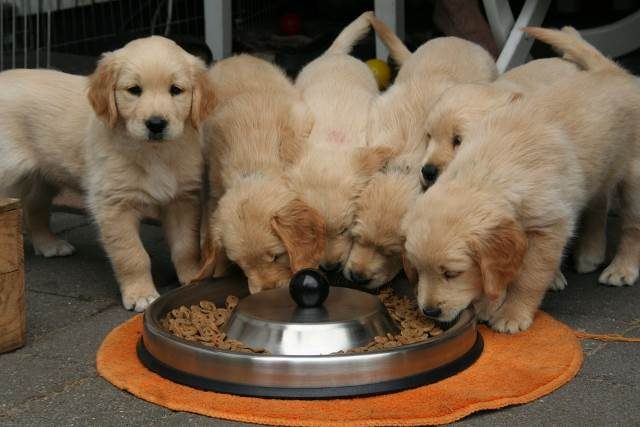 Is your dog aging? If your dog is between five and seven years old then his metabolism may be changing. If you are feeding him the same food he was eating when he was two years old then he may not digest it the same way. He may be packing on more weight from the same amount of food.

Don’t forget to count the treats you feed your dog each day, too. They can add up and cause your dog to gain weight. The vet gave me a sample of some tiny, low-cal treats I could give Bo. She said any treat should be tiny. For the most part, dogs don’t care whether their treats are teeny-tiny or super-sized, they just want something.

Our vet suggested that we start with a 3 minute walk each day, and build up to a 20-30 minute walk. I had a couple of concerns:

If you think that your dog may be overweight take a good look at him. Ask your vet for their opinion. You don’t have to change food or do anything drastic. Cutting your dog’s portion slightly and helping him get more exercise will start to show results. Again, ask your vet.

Don’t expect your dog to lose weight rapidly. Rapid weight loss isn’t good for a dog. If your dog only loses a few ounces per week then he will soon be fit. You can do your part to stop canine obesity just by taking a good look at your dog and feeding him appropriately.

Because of the problem with my knees and walking, my kids started coming over twice a week to take Bo for walks. With their young and healthy knees (I’m so jealous!) they are able to run with him, and he loves it. I did my best to have him run the stairs a couple of times, and play fetch/tug-of-war, on other days.

Bo is now down to a healthy and happy 77 pounds! He is much more energetic, is able to reach further back on the counters to get things he shouldn’t, and wants to jump up on me when I get home. All things he couldn’t do before.

Has your dog had a weight problem that you’ve been able to overcome? What are any tips you might have for our readers? 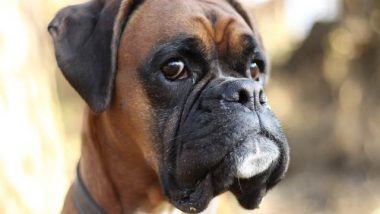 The Boxer – The Class Clown 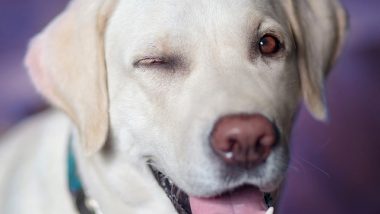 4 Ways To A Happy and Well-Balanced Dog