5 Mean Things Cats Do To Dogs 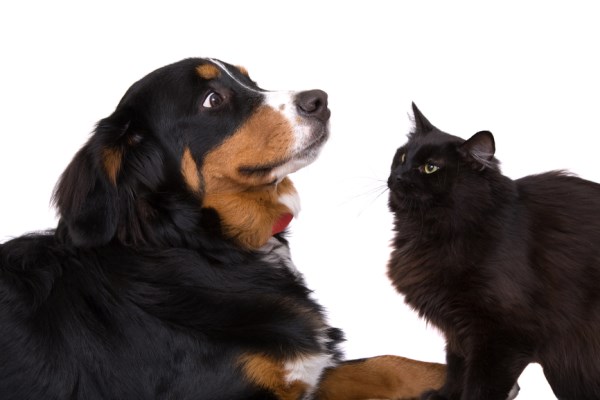 For years, cats and dogs have been known not to get along. Many believe that dogs are mean to cats, but the truth is quite the contrary. Cats can be just as cruel, if not more so, than the canine. In fact, cats can display very aggressive behavior towards dogs. They steal their beds, bite, attack, and so much more. Here are the 5 meanest things cats do to dogs.

Cats love resting in small spaces, and when they want to get cozy while annoying their canine roommate at the same time, they will make themselves comfortable on the dog bed. When the dog realizes that their bed has been stolen, they seem to plead with the cat, rather than take what belongs to them. This behavior by the cat is likely their way of taking over territory in the home and showing dominance to the likely much larger dog.

When a cat and a dog are in the same home, territory can become an issue. Cats can be even more territorial than dogs and this can lead to aggressive behavior. One of the meanest things cats do to dogs is bite them. This behavior is often found in very aggressive cats trying to establish their dominance. Unfortunately, this act of establishing dominance causes pain to the dog. The worst part is, cat bites are prone to infection.

In some cases cats can truly terrorize dogs. One of the ways they do this is by attacking them. When a cat is aggressive they will not only chase the dog, but they will scratch. In worst cases cats can claw a dog in the eye causing serious vision damage. Dogs may also develop Bartonella Henselae. also referred to as cat scratch fever.

Although a less direct mean act towards dogs, when a cat does not cover their feces in their litter box they are sending a direct message to their enemy, the dog. Covering their poop is a sign that they fear the larger animal, while leaving it uncovered is a pretty aggressive act.

Although the reason is unknown, when a cat is sitting on a stairway or narrow hallway, a dog will not pass. The presence of the cat seems to scare or intimidate the dog and prevents it from walking by. Sometimes it seems like cats do this just because they know the dog will not pass. Just another way a cat can control a dog.

Overall, cats can be mean to dogs. Due to their territorial, and sometimes aggressive, behavior they take over dogs beds, bite and sometimes even attack dogs. In addition to these mean acts, they can also block a dog’s path with their presence alone. All in all, animal behavior can be very interesting. Sadly, these actions can negatively affect other pets.

On the bright side these negative behaviors can be reversed with proper training. It is possible for your cat and dog to get along. It just may take some time. 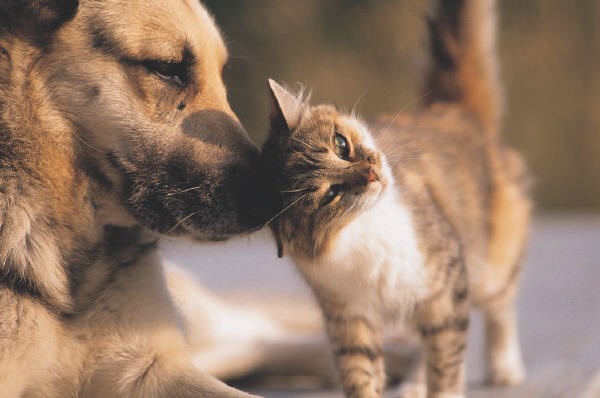 Now, if you’d like to see the flip side of the coin, 5 Mean Things Dogs Do To Cats, visit Kitten Whiskers. See you there! 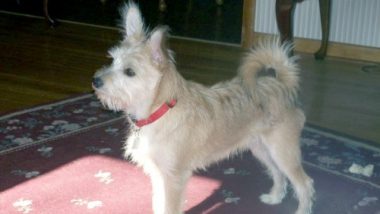 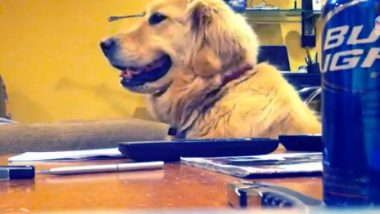