The Problem with Puppy Mills 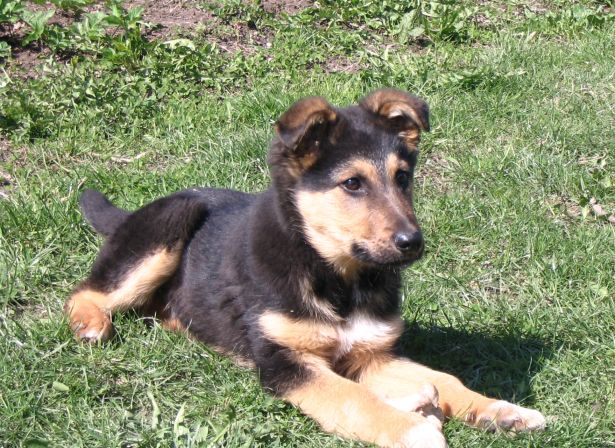 A long time ago, I bought a dog from what was probably one of the first ever discount super-stores – a store called Wild Woody’s, in Independence, MO. It was a huge store, with a little bit of everything, including a big pet department. My friend Kathy and I were there browsing one day, and I fell in love with a little female German Shepherd pup. I bought her and took her home and named her Zachery. I know, that’s a boy’s name, but I liked that name, so it became hers.

Right away, we started noticing that Zachery had lots of health problems and needed to go to the vet. Kathy, who was old enough to both work and drive, drove us there and also footed most of the vet bills, for which I am eternally grateful.

I can’t remember all the many, many things that were wrong with my pup, but I do remember that she had 8 different kinds of worms, and she had distemper. I had always believed that distemper was an automatic death sentence, but somehow Zachery lived through it, although she ended up having a constant tic, or spasm, of her jaw, where her mouth would jut open over and over and over.

I spent several nights staying awake all night and “helping” her just to breathe, coaxing her to hang on, and promising God all kinds of things if he would just help my poor little doggy live through the night. Well, he must have heard my prayers, because she made it. Her growth was stunted, so she was sort of a miniature German Shepherd, and she had the tic, but otherwise, she pulled though and made her way back to health. I’ll never forget the day she reached out and grabbed my sock in her teeth and gave it a very weak little shake. I cried then, and it’s bringing tears to my eyes to remember it now.

The thing is, although we didn’t know anything about them at the time, I feel sure that Zachery came from a puppy mill. Puppy mills are usually considered to be substandard facilities that breed large numbers of puppies annually. These breeders don’t really care about the puppies, they care only for the profits they can make.

Some of these facilities are licensed by the government and inspected by the USDA and are run in a responsible way. But far too many of them fly under the radar and go without inspections. The inspected kennels may produce healthy puppies which are given vaccinations and live in clean quarters until they are shipped to pet stores to be sold. The kennels that operate without inspections may sell directly to buyers, or to unscrupulous stores. Since they are operating without inspections it is much more likely that the facilities are deficient and the puppies have been raised under poor conditions. These are the horrible “puppy mills” you sometimes see in internet videos or on TV in undercover investigations. And believe me, you don’t want to see any pictures from these puppy mills, they are heart-wrenching.

All Puppies Are Adorable, But…

If you buy a puppy from one of these substandard facilities, odds are that your puppy will start his or her life with many problems, just like Zachery. And like Zachery, you can’t always tell by looking if the pup has health problems. Puppy mill puppies are often the offspring of poor quality parents who may have had their own health and genetic problems; plus being raised in filthy conditions and cramped quarters, and having had no early vaccinations or worming – and the list goes on.

The puppy’s mother and her health are extremely important. So are his surroundings during the first few weeks life. A puppy who gets off to a bad start in bad puppy mill surroundings can have health or behavioral problems that last the rest of his life. It is possible to buy a healthy dog from these sources, but many people buying from puppy mills have bought unhealthy puppies. Some puppies may even die soon after purchase. It was a miracle that Zachery didn’t die from her problems.

Better Places to Purchase a Puppy

The puppies in the pet store may not necessarily have come from a puppy mill. They may have come from legitmate licensed commercial breeders, but there may be no way to tell the difference in the pet store. Even looking at the puppy’s registration papers won’t tell you what type of breeder or kennel produced the puppy. Buying a puppy in a pet store also encourages people to make impulse purchases, and that is never a good idea where a dog is concerned. Even if the puppy was raised under the best of conditions, that cute little ball of fur may grow up to be a 100 pound dog who can eat you out of house and home.

If you are hoping to get a new purebred puppy consider going to a reputable breeder. Contact the parent club for the breed you want and they can put you in touch with reputable people who are expecting litters. Reputable breeders will perform health testing on their dogs before they choose which dogs to breed to make sure they are healthy enough and in shape enough to be bred. Puppies raised in a caring home environment will have received much more socialization, love and personal care than any commercially-raised puppy can ever receive. A reputable breeder will also carefully screen any potential buyers and guarantee their puppies for health problems. Be prepared to answer many questions so that the breeder can determine if you will provide a good home for their puppies.

Another option is to check with your breed’s parent clubs about purebred rescue dogs, if you might be interested in a young adult or an older dog. There are nearly always purebred dogs available in rescues that are looking for great homes.

Bottom line, be careful where you buy your puppy. Find out as much as you can about the breeder, the puppy’s parents, and the conditions in which he or she was raised. 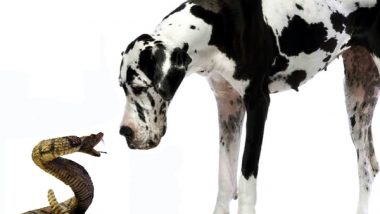 Dogs in the Country – Combating the Threat of Rattlesnakes