Otos, The Best Guard Dog Ever 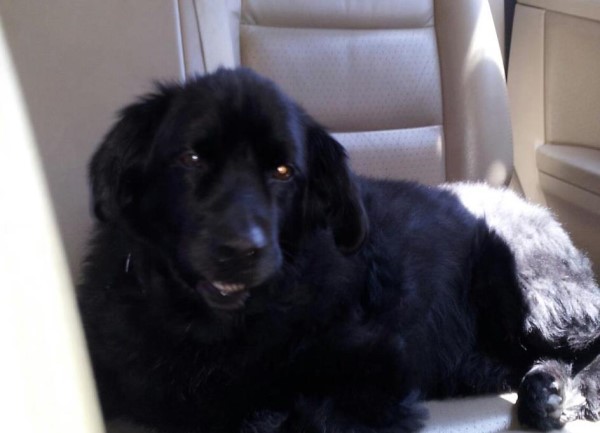 We got him in February of ’98, when my wife was carrying our first child. I was working midnights and she wanted a watchdog to guard her. We thought that a black dog would be more intimidating. Otos (our last name spelled backwards, pronounced like “Otis”) turned out to be the best guard dog ever. We could tell the difference in his barks, and would know if it was a friend, a stranger, or another animal that was approaching our door.

In October of ’98, our first son, Alex, was born. Alex, like our next two kids, loved Otos. They would push and pull and tug on him, but he didn’t mind. He would never hurt them.

In some ways, Otos was a strange dog. He hated to ride in the car. He would freak out – pant and cry, and couldn’t sit still. And if we rolled a window down, he didn’t want to stick his head out of it. He also hated being outside, except to do his duty. Then he would “knock” on the door, and wouldn’t stop until we let him back in!

Otos was such a sweet, loving dog, but he was also kind of a nervous dog. He was too nervous to sleep with us. He would jump up in the bed and snuggle for a while, but then he would jump down and sleep either on his bed by the door, or on the bathroom floor, where the tile was cool. When he slept in the bathroom, he would scratch up the carpet and turn around and around before laying down, like dogs will do.

Like I said before, he was a pretty nervous dog, but when he got older, he couldn’t see or hear so much, so he chilled out somewhat. He started having health problems when he was about 11 or 12. He started losing his hair, and would do this hard panting all the time. We just thought it was old age. He would drink so much water, even out of the toilet, that he had to go to the bathroom all the time, even in the middle of the night.

It was this extreme thirst that made us take him to the vet. Turned out he had Cushings disease, which is treatable but not cureable. And it makes you really thirsty. We had to spend over $1000 on tests, and then $4 a day on the meds. But as soon as he got the medicine, he was like a different dog.

When the time came for us to take Otos to the vet so he could go to doggy heaven, my two oldest kids, Alex and Olivia, couldn’t bear to go. My youngest son, Sal, who was 9 years old at the time, went with Otos, and stroked him gently as he passed. My wife and I were crying like babies, but my son stood strong for his life-long friend.

It has been just over a year now since we lost Otos, and we still miss him too much to get another dog. Maybe someday, but for now we just want to remember Otos. 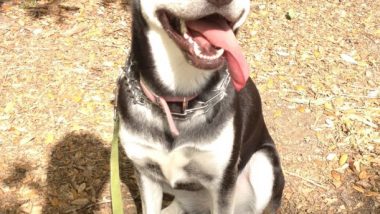