Stop Your Dog from Digging Up Your Yard

Your yard can quickly become a landscape of one hole after another if your dog has a digging habit. It can destroy the soil balance, kill the grass, uproot flowers and lower your home’s value if your yard looks like a dug up mess. 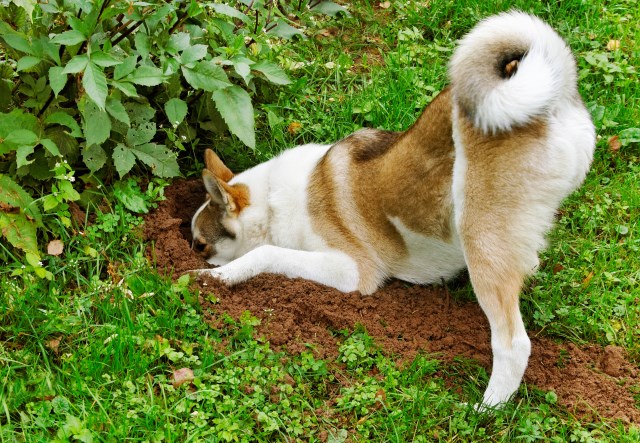 Dogs of all ages dig for different reasons and if you sort out the particular reason that your dog is digging, then you can end the behavior.

Puppies dig because they have short attention spans. They get bored pretty easily – especially if they’re not with playmates. So when they’re outside they’ll start digging as a way to entertain themselves.

Adult dogs dig because they’re bored but they also dig when they catch the scent of prey. Small animals like to burrow under the ground and when your dog smells them, he’s going to frantically dig up the yard trying to locate that animal.

Many dogs are just more prone by their nature to dig than other dogs are. But that doesn’t mean that you can’t stop the behavior.

Train Your Dog and Protect Your Yard

There are ways to train your dog and protect your yard. Make sure that your dog gets plenty of activity so that he doesn’t dig just because he’s bored. If your dog is a natural digger, then you may want to assign him a spot in the yard where it’s okay for him to dig.

You can teach him to go to that area only. Dogs also dig holes because they want to bury their toys or anything else that they deem important to them. Sometimes dogs dig because what’s on the other side of the fence seems a lot more exciting than the yard that they’re in.

To stop a puppy from digging, you have to constantly watch him until he’s trained to know that his actions aren’t acceptable to you. The second he begins to sniff around and begins to scratch at the grass, interrupt him.

You can use a training whistle, coins in a tin can or some other object to get his attention. When he stops digging, give him something else to do like play with a toy or play a game of fetch.

Adult dogs who dig may be doing it because they’re after an animal or want out of the yard. If that’s the case, you have to interrupt that behavior every time he digs. Make sure that your yard is eradicated of burrowing animals.

Some owners set up a sandbox for their dog and allow him to dig only in that. Your dog can quickly get used to digging only in that restricted area. Remember to always reinforce good behavior but stop bad behavior immediately.

Train your dog to come the second you command him. So if he starts digging, get his attention and order him to come to you. When he obeys, give him a treat. If your dog is a senior dog digging holes for comfort and to cool off, then give him a way to stay cool and comfortable when he’s outside. 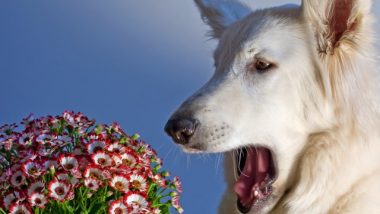 What Is Reverse Sneezing? 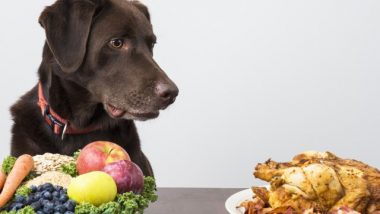 Does Your Dog Need To Be Put On A Diet?