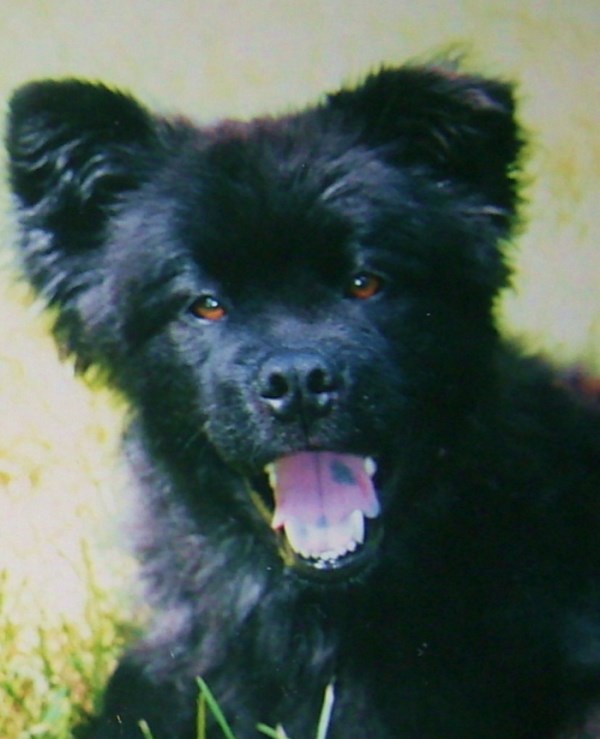 Growing up, my best friend was a little poodle named Mitzie. I got her when I was eight years old. She and I were together for 15 years before she died of cancer.  Shortly after I lost Mitzie, I moved in to an apartment that did not accept dogs so I adopted a cat instead. A couple years after losing Mitzie, I met the man that I would marry. We dated for two years and, upon our engagement, we decided to move in together. Our new apartment didn’t accept dogs either (thankfully, they did accept cats!) We had a year-long engagement and, two months before we were to be married, we moved in to a house that we purchased together. Finally, we had a place of our own!

The Face in the Ad

It was at this point that I saw an ad in the local paper. The ad was placed by the local Humane Society and it showed a picture of an adorable little black-faced dog that looked remarkably like a little bear cub. The caption read, “Special Needs Dog Looking for a Home”. The face in that picture cried out to me and, before my finance’ could say “Huh?”, I was on the phone to the Humane Society. They explained to me that the dog was currently in a foster home. They gave me the contact information and I called to set up a time for my finance’ and I to meet this cute little pup.

The foster home was beautiful and the lady was so obviously an animal lover, having about five well-behaved dogs surrounding her at all times. She had named the little black chow-mix “Miss Dolly”, and she was absolutely adorable. The lady explained that she had been seen running wild near a local business for months but no one had been able to get close enough to catch her.

The business was located on a busy highway and, as one could have predicted, soon the little pup was spotted dragging her back leg behind her. The humane society set up live traps and eventually caught her but, by that time, her back leg needed to be amputated.

When we first met Dolly, she had only been without her back leg for a couple months and I couldn’t believe how well she got around without it. The foster lady explained how much progress Dolly had made in the short time she had had her. 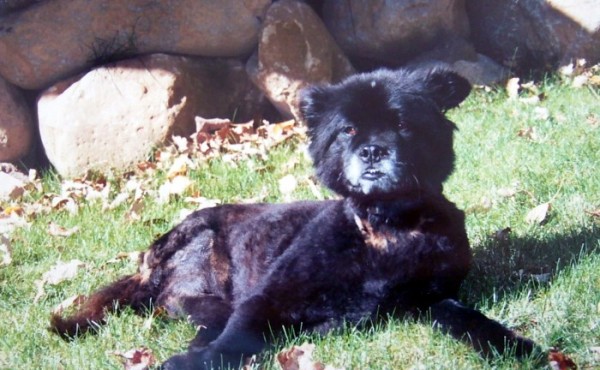 As soon as Dolly had been caught, her assessment by the members of the humane society began. Dolly was completely fearful of humans. She would shrink back in her cage and try to hide. She would try to run when not leashed and became very agitated if anyone tried to touch her. Add to this that she was found to be part Chow and many members of the humane society panel felt Dolly should be put down. The lady that spoke against this was the one who offered to foster Dolly. She agreed to work with Dolly to get her trained and socialized.

A Glimpse of What Was to Come

The foster lady was very honest with us about what we were getting in to. We would have a lot of work ahead of us. To prove this point, she asked us to take Dolly for a short walk down the driveway. She put a flexi-leash on Dolly and handed it to me. As I tried to lead Dolly away from the safety of the woman she had come to trust, she panicked and began running in the opposite direction.

When I didn’t stop and just encouraged Dolly to follow me, she dove in to the woods along the driveway and wrapped her leash around a tree. There she sat, a panicked look in her eye, pulling frantically to try and break free from the leash. It was a sad sight but gave me a glimpse of what I was in for.

When we took Dolly home and removed her leash, she ran to the nearest piece of furniture; wedging herself between the wall and sofa, trying to hide. The only way to get her to go outside to potty was to put a leash on her and drag her out. Once outside, she would hide behind a tree or bush before she would go to the bathroom.

The only way Dolly would eat is if you laid her food down and then left the room. After she was completely sure you were gone, she would sneak out to quickly gobble the food before running to her hiding place again. 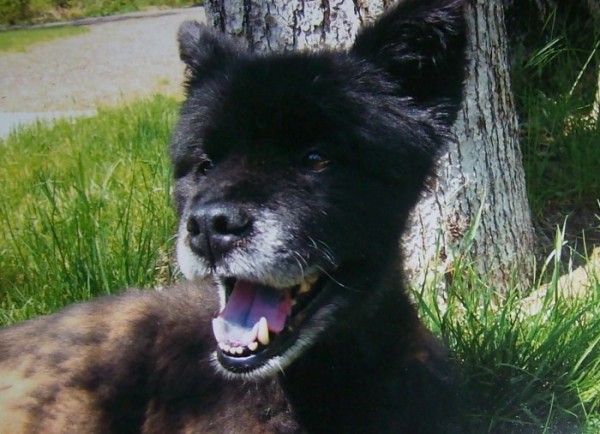 It went on like this for some time but I never gave up hope that she would come to trust us. I would put the leash on her and sit on the floor about a foot away from her “safe” place in the corner. Then I would pull the leash (and her) toward me an inch at a time. After every inch of progress, I would praise her and pet her and tell her what a good girl she was. I could see how fearful she was of my touch, watching my hand move over her, following it with her mouth- but she never once snapped at me. I touched her often and spoke to her all the time. No matter where I was in the house, I told Dolly how “pretty” she was, what a “sweet girl” she was and how “everything was going to be okay.”

Some weeks after we brought Dolly home, we were having dinner in the dining room while she sat in her usual corner near the sofa in the other room. Mid-way through our dinner we looked up to see her little furry face peering around the corner. She had taken the first step away from her “safe” place and searched us out on her own. It was then that I knew things were going to be okay.

From that point, Dolly only got better and better. The bond we had was like nothing I’ve ever experienced before. I loved her like my own child. And, eventually, when I did have a baby of my own, Dolly loved her with the same passion that I did. Miss Dolly was truly the sweetest, most loving companion I have ever had. 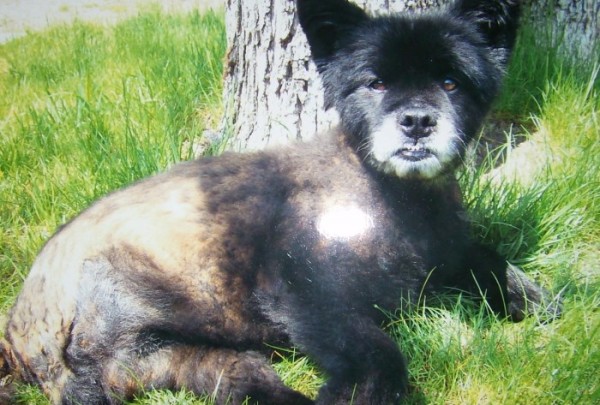 Dolly developed cancer at twelve years old. There was nothing the vet could do for her. I saw how determined she was to not give up; how strong she was fighting to stay with me. It was so incredibly hard to say good-bye to her.

Whenever I have a bad day, or think that I can’t do something, I just remember Dolly. There was nothing that stopped that girl! All the pain and fear she had known in her life she had overcome. And, the fact that she only had three legs, never once slowed her down. I often joked with my husband that it was a good thing that she only had three legs, because if she had had four, we never would have been able to keep up with her! Dolly was proof that, with enough willpower, you can overcome anything! 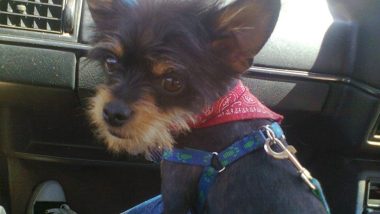 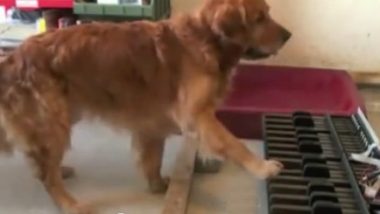 Look Out Liberace! This Pup is Amazing!