Stop Dog Barking With Bark Off 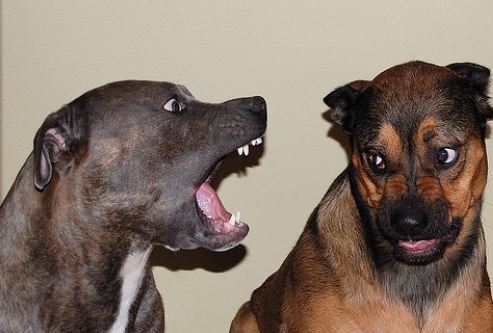 Have you ever been aggravated with trying to curb your dog’s barking? How many times have you yelled at your dog only to feel like a fool as you were making just as much noise as she was, trying to get her to stop barking, all to no avail? You’re not alone, but don’t give up, here are some ideas.

With respect to bark control, there are various approaches you can use; so many times it comes down to a choice of what you feel most comfortable with. The most important thing to realize is that with any training, your dog must fully grasp that she needs to heed you as you are the master. Rewards are a simple yet effective way of making this point.

It’s also critical to train your dog in such a way as to never cause your dog to be scared of you. Would you bother to respond to someone who you felt was going to injure you in some way? So you will need to find better ways.

When it comes to training with respect to stopping dog barking, the first question to consider is, why is your dog barking? A normal amount of dog barking should be allowable. However, unnecessary, continual barking is a different matter. The principal thing is to help your dog see the difference between them.

In efforts to get dogs to turn the bark off, many have turned to bark collars that deliver a small electrical current when the dog barks. There are different designs on the market that have different functionality in when the shock is given and have variations in intensity. You hear favorable reports about the effectiveness of these bark deterrents, however this is not a first choice for many.

The citronella bark collar is another possibility that has become available. The device on these collars spray citronella into the air in front of the dog after the dog barks. As this smell is bothersome to dogs, the dog learns to evade the smell by not barking. This might not be a first choice for an indoor method of bark control.

An alternative to the bark collars to stop dog barking is an ultrasonic sound device. With these devices a sound frequency that is detected by dogs, though inaudible to humans, is sent out when they start barking. The dog will stop barking as the sound will interrupt them. The bonus of this device is that it will not only stop your dog from barking, it will silence the other dogs who may be the ones causing your dog to bark.

These ultrasonic dog barking devices have become popular with people who aren’t even dog owners, but have neighbors who have not taken the time to train their yappy dogs not to bark. They will place the device close enough to be activated by the dog’s barking and it will do its thing; a subtle method to turn the annoying bark off.

Dogs bark; that’s what they do and it’s good to keep that in mind. You don’t want them not to bark, you just want them to bark appropriately. Positive reinforcement proves useful in training your dog. So whatever method of bark control you choose to use, applaud your dog for not barking when she is quiet and you may be pleasantly surprised at how discriminating your dog becomes in choosing when to bark. 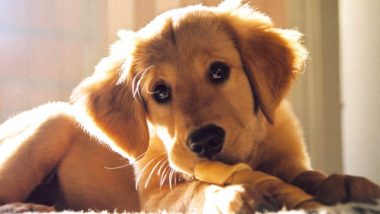 Playtime with Your New Puppy 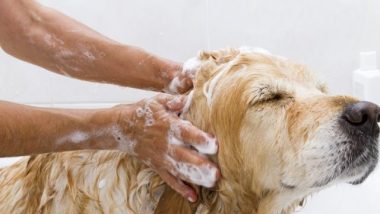 How to Give Your Dog a Bath