Q. Why Do I Work in Animal Rescue? 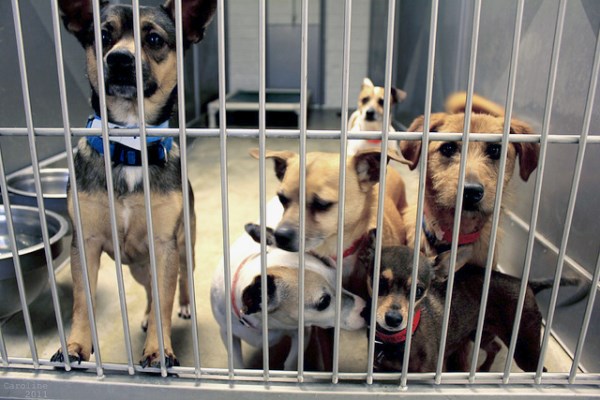 Q. Why do I work in animal rescue?

A. As a professional dog trainer who just happens to work with an animal rescue, it would be an understatement to say that I spend a lot of time around dogs. In addition to my full time job at the rescue, I also volunteer with my local animal shelter and foster dogs and cats in my home for other rescues. It is a good thing that my own pets are very social, because the doggie door at my house is constantly revolving!

The life of a rescuer is filled with peaks and valleys. A lot of my friends, and even some family members, have a hard time understanding why I do what I do. They wonder how I can put up with working such long hours with few days off, the inconvenience of having another mouth to feed, having to rehabilitate animals who are sick, injured or have behavior problems, or how I can handle having an extra body (or two, or three, or five) taking up space in my home. “Doesn’t it get to you having to step over so many dogs just to get to your bed? Aren’t you bothered by having a large crate taking up your living room or by keeping a litter of kittens in the bathroom?” 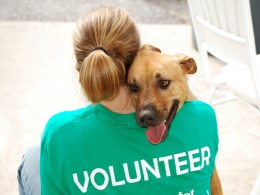 The answer is always a whole-hearted “No way!” I have loved animals ever since I was little. When I “grew up” I wanted to help them all, so I decided to make working with animals with my career. I went to school and got a degree in Animal Science and spent some time interning at a veterinary clinic.

It was during this time in my life that I got a crash course in the harsh reality that shelter animals face every day. I learned that when there are no homes, the animals have no chance; and instead of mercy they are given a one-way ticket to a back room where heartbroken veterinarians and technicians must take their life away. Contrary to popular belief, no one wants to put healthy, happy animals to sleep, but it happens every day, and in record numbers.

I am not proud to admit that I have held healthy, bouncy puppies in my arms who were trying to play and give me kisses up until the moment they fell limp onto the table, and it crushed my soul into a million pieces. I was glad that I was there to provide them love and comfort in their final moments, but I can never forget their faces. The piles of bodies you see on the internet, they are real and they are in every shelter, and in your very neighborhood right now. So why do I rescue animals? Because I would much rather step over a pack of dogs to get to my bed who are woofing in their sleep, having cute puppy dreams of chasing squirrels, than step over a limp dog in a biohazard bag, waiting to be taken out with the rest of the trash.

Anyone who works in animal rescue knows that this is the fate that awaits shelter animals if they do not intervene. Rescuers have made the decision that allowing an animal to die an unnecessary death is not something they are willing to do, so they will endure cleaning up the mess that those who have turned a blind eye have left for them. Rescuers will clean the wounds of the injured, comfort the scared, show gentleness to the wary to gain their trust, and keep as many of them alive as they can by opening up their homes until they find a home of their own. 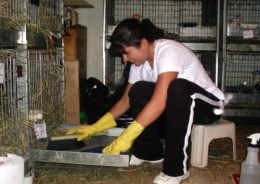 I will not deny that rescuing and fostering animals, and volunteering can be a lot of work, but the rewards quickly make you forget about cleaning cages and the exhaustion felt at the end of the day. For me personally, I love the moment when a dog gets a leash put on and is released from the kennel. The dog’s sheer elation of freedom and knowing that I am putting distance between them and the back room puts me on cloud nine. These animals KNOW they have escaped and are now moving towards a future, which is something they would not have had without my help.

Then there is the freedom walk, where the dogs leave the shelter and never look back. Their personality begins to re-emerge as soon as they get in the car- the freedom ride! From there, they will either come back to my house for fostering or they will go to the rescue for adoption. Either way, there is still so much joy to be had. A dog’s first night of deep sleep without fear, anxiety or interruption is a sight to behold. I never see dogs sleep as hard and deep as they do their first night out of the shelter.

Over the next few days, weeks, or months, I get to watch as all of the animal’s fear, insecurities, anxiety and frustration begin to melt away. Their true personalities begin to reveal themselves as they learn to trust you. With trust, comes unconditional love. Where once was a frightened animal who would not let me approach them, becomes a constant patter at my feet. Where once was a feral cat who would try to hiss and bite, now sits a purring motor warming my lap. Love transforms and brings out the best in each animal, and in myself. And after I see each animal through their worst of times, I see them off. 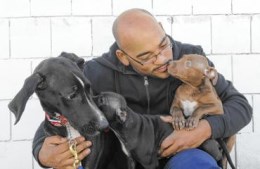 Saying goodbye is the ultimate reward. It is bittersweet because a part of my heart always leaves with them, but saying goodbye makes all of the debt, sleepless nights, endless loads of laundry, and mountains of poop to clean, completely worth it. Seeing an animal find a home and knowing that they are finally safe is what rescuers wake up every day for. It soothes the soul, erases all of the bad things that we have seen, and reassures us that the work that we do matters. As the saying goes, “saving just one animal won’t save the world, but it will surely change the world for that one animal.”

Animals teach us so much about compassion, resilience, forgiveness, and love. How can we stand by while these creatures, who are wiser than we give them credit for, die by the thousands? How can we live with ourselves when each and every single person has the ability to save a life just by sacrificing a little bit of time or floor space in their home, but we choose to look the other way? I can’t look away. I am responsible for animals because I have a voice. If I choose not to speak up for them, then who will? I am not willing to make that gamble. An animal’s life is not mine to bet with.

So why do I work in animal rescue?

Because it is the right thing to do. 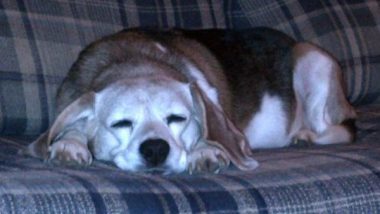 When The Kids Go Back To School 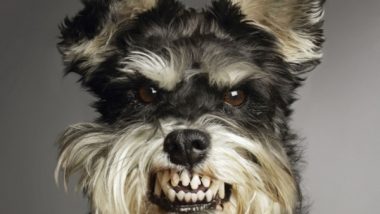