Loyal and Devoted -The Adorable Dachshund

The Dachshunds was the 12th most popular dog in the United States, according to the American Kennel Club in 2018. The name dachshund is of German origin and literally means “badger dog”. Because of their long bodies, Dachshunds are often called wiener dogs or sausage dogs. 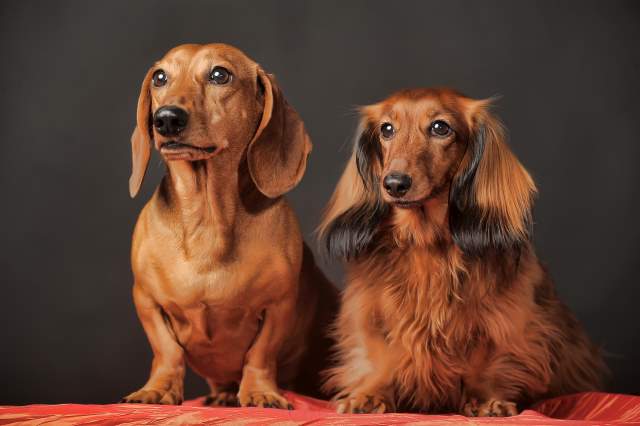 Dachshunds sprang from Germanic breeding in the 1600’s. They were specifically bred as fearless and ferocious badger hunters – having stubby legs, long bodies, and large paws that enabled them to dig into burrows to catch their prey. Averaging 30 – 40 pounds, the original Dachshund were much larger than today.

Dachshunds began being bred as pets in the 1800s, with size gradually being reduced. They were AKC registered in 1885. In the early 1900s, Dachshunds became quite popular but that popularity waned during World War I. After the war, the breed was once again imported from Germany to the U.S. and repopulated. 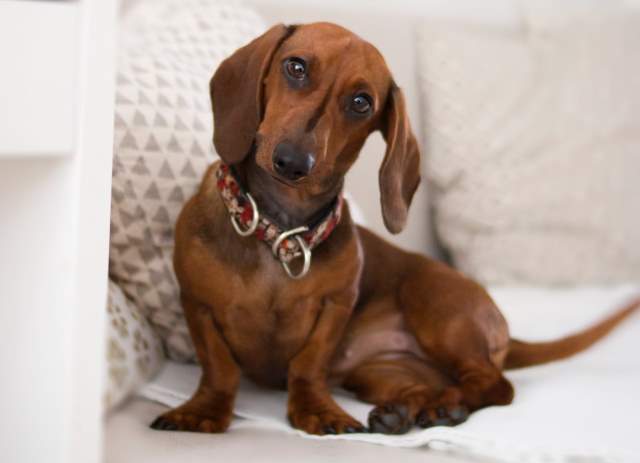 Appearance of the Dachshund

There are three sizes of Dachshund; standard, miniature, and kaninchen (German for “rabbit”).  The rabbit size is not recognized by clubs in the United States and the United Kingdom. However, they are recognized by the World Canine Federation.

The three types weigh between 8-25 pounds. They have a long, trim, muscular body; stubby legs with large paws and have an elongated head and a long muzzle. 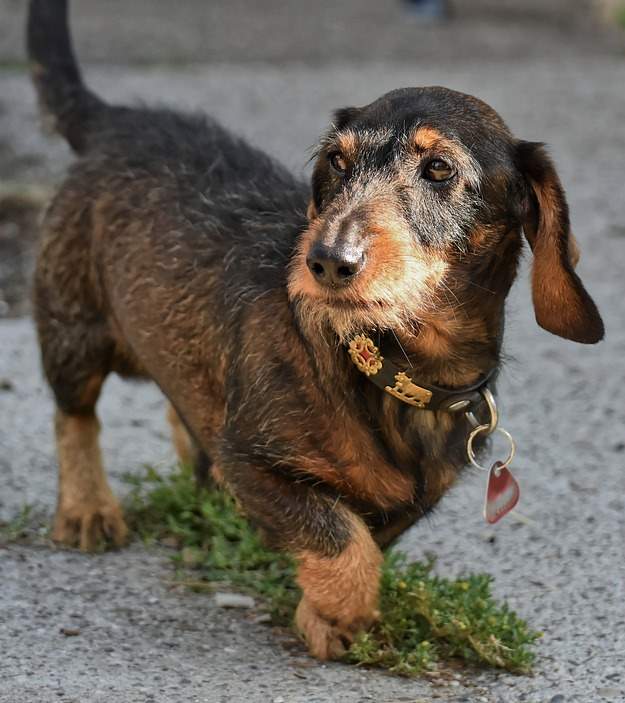 Dachshunds come in many varieties – long-haired, short-haired and wired-haired. Their coats are glossy and sleek. There are a large variety of colors, with the dominant colors being red (ranging from coppers to deep rust) along with black and tan. Isabella (aka Isabelline – a pale grey-yellow, pale fawn, pale cream-brown or parchment color) is also common as a silver/gray color with light translucent brown points or no distinct points.

A famous journalist once said that “A dachshund is a half-dog high and a dog-and-a-half long”.

Dachshunds are prone to spinal problems, especially inter-vertebral disk disease (IVDD), partly because of their extra long spine and short rib cage. Approximately 20-25% of Dachshunds will develop IVDD. Greater strain is placed on the Dachshunds’ vertebrae if they become overweight, or through jumping, rough handling, or intense exercise. 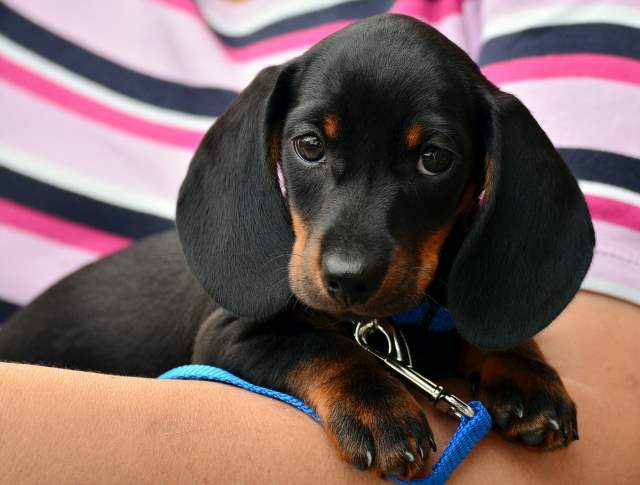 They are also prone to problems with their kneecaps and with brittle bones. Double-dapple dachshunds are prone to eye diseases, blindness, or hearing problems. (A dapple Dachshund has a mixture of two different colors. When two dapples are bred together, the resulting puppies are “double-dapple”.)

The Dachshund is bred to be a hunting dog, and such will challenge a larger animal. If allowed, Dachshunds may become snappy or extremely stubborn. However, they are energetic, intelligent, affectionate, lovable and playful companions, and their proud and arrogant demeanor can often be charming. 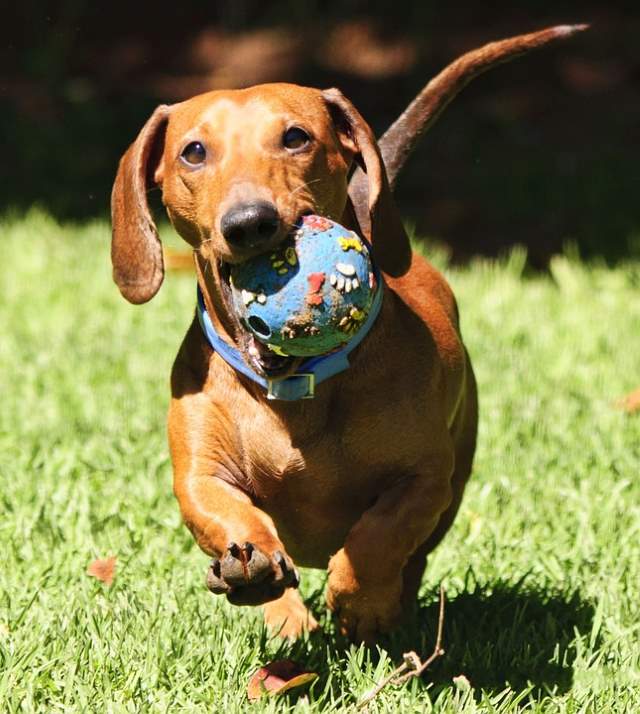 They are ideal pets for many homes and are also good with children under appropriate supervision. If introduced to kids at a young age and trained properly (both the dog and the children), they should do well.

Dachshunds are often stubborn, and can be difficult to train and housebreak, but patience and consistency will help you prevail. They need an owner who knows how to be the pack leader or the dog will take over the house. If not led, a host of problems can arise: guarding toys, furniture or other objects, snapping, biting, separation anxiety and obsessive barking. They may also become unpredictable with strangers, other animals, and even their owners. 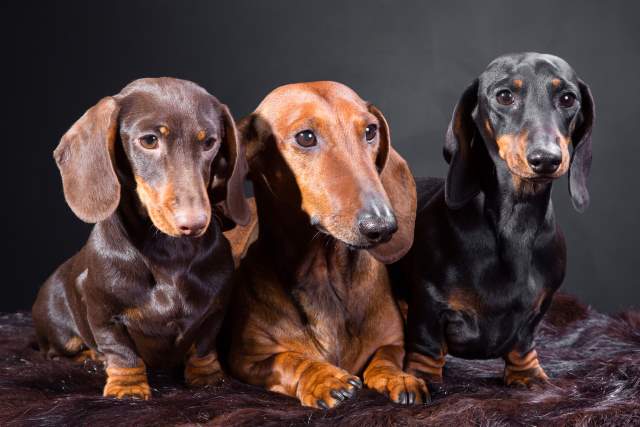 Dachshunds are a good breed to travel with and adapt well to most living environments; large or small, indoors or outdoors. A caring owner with knowledge of their need for entertainment, exercise and leadership are their chief requirements.

Dachshunds are very loyal and devoted to their family. It is critical, however, that you give them the exercise, attention and training they need. It can make all the difference between a well behaved, loving pet or a an aggressive and unruly animal. As many Dachshund owners advise, you train your Dachshund or it will train you. 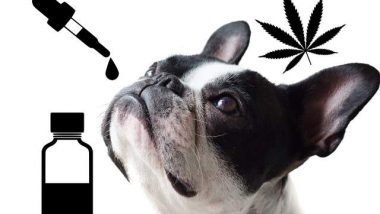 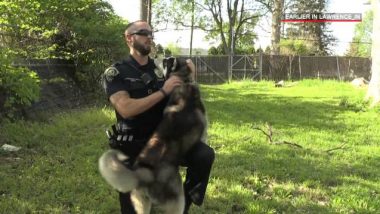