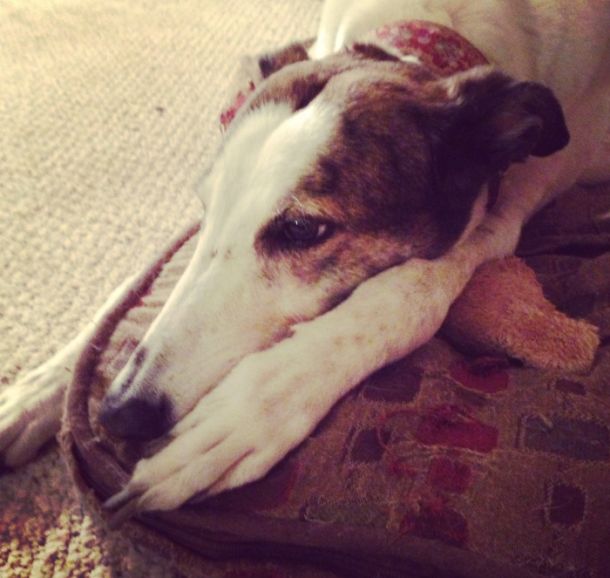 My husband tried for a long time to convince me to adopt a retired racing greyhound. Something about these large quiet dogs moved him. I was resistant at first, blinded by the typical misconceptions that these dogs must be hyper or require tons of energy. We also had two small children and I did not want them around big dogs. Eventually he wore me down enough to go to an event called a “meet and greet” where people can meet and spend time with dogs that are up for adoption.

I was amazed at how quiet and gentle these dogs were who had never until now been treated as a pet or had the benefit of a loving family and quickly agreed to adopt one. The amazing volunteer adoption coordinators at Rescued Racers found a dog for us to meet with, her name as Boo and she was only 2 years old. We arrived at Boo’s foster home and found she was a wonderful dog. Living there at the same home was another foster dog, an eight year old girl named Samba. We were told that Samba would be more difficult to find a home for, because of her age, and she was recovering from an injury as well. My kids instantly bonded with both dogs, and since we work during the day and are not home, we decided to go ahead and adopt both dogs. 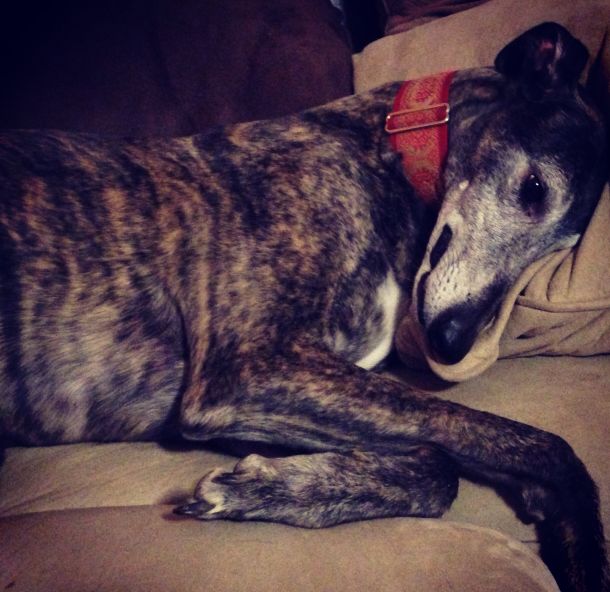 Over the last few years, in addition to our two adopted greyhounds, we ended up becoming a foster family for dogs as well. We’ve helped 9 foster dogs find a loving home, until finally a beautiful even-tempered dog came into our lives. He was a foster dog, but was already almost 9 years old, and would be difficult to find a home for as many people want to adopt the younger dogs. Oshie quickly decided that I was his “mama” and followed me around the house, nudging me with his nose looking for attention. I couldn’t part with him and we have since adopted him permanently.

The greyhounds get along so well with my children. They are easy going and tolerant and they love hugs and kisses. They mostly sleep all day long like a cat! They go outside and run a few laps around the backyard once or twice a day, and other than that they can be found dozing on a dog bed cuddling a stuffed animal. With three large dogs (around 75-80 lbs each and very long and tall) we no longer have room to foster new dogs, but are very happy with our little group of three, who get along great! 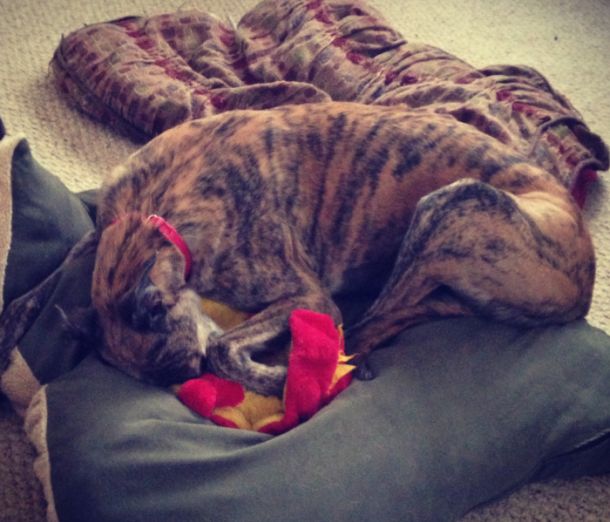 Retired Greyhounds make great and loyal pets that are quiet and laid back. They don’t always do well in a home with a cat since they were trained to chase small animals, but some still get along with them just fine. Dogs that were not mistreated will do just fine with small children, but always test them out first by visiting and spending time together before adopting. 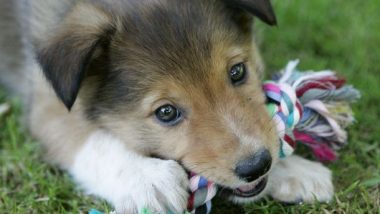 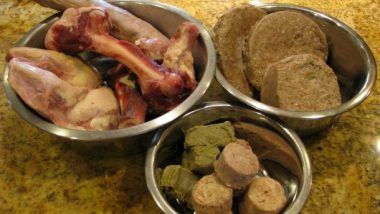