Leelu – From Puppy Mill to Foster Care to Loving Home 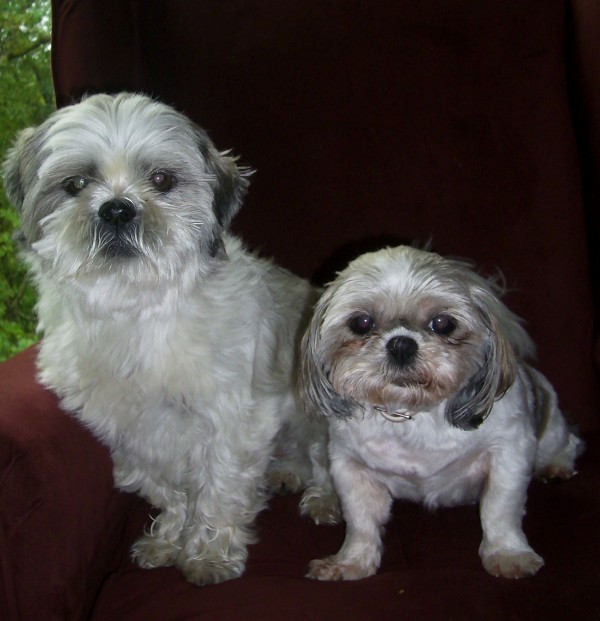 We have a male Shih Tzu named Tucker that turned 11 years old last year. He came to live with us when he was just over a year old and, at that time, we had two other dogs. We had lost both of those dogs to cancer and so Tucker was now the only dog in the house. I really wanted to get him a companion for those times he was home alone.

My husband and I both knew we wanted to adopt a dog that needed a home rather than buying a puppy from a store or breeder, so I went online to Petfinder.com and searched through the list of adoptable dogs within an hour’s drive of my area. So many rescue sites use Petfinder.com and it is incredible the number of dogs that are looking for homes.

The picture of a sweet-faced little female Shih Tzu caught my attention and those large dark eyes just called to me. Her name was “Lulu” and she had been staying in a foster home for over a year. Her temperament and personality were described as “wonderful”, but the post indicated that she still had issues with potty-training.

A Horrible Life in a Puppy Mill

I called the foster lady to get some more information and was horrified at what she told me. She said that Lulu came from a puppy mill and was used as a breeder dog for many years. She had spent most of her life stuck in a cage, turning out litter-after-litter of puppies.

By the time the rescue group got her, she had no hair at all on her body due to the over-breeding. As is common with most breeder dogs, Lulu had never had any vet care, so most of her teeth were rotten and had to be pulled. Years of living in a cage and trying to eat the food that was most likely just thrown on her cage floor left the left side of her jaw slightly misshapen.

Lulu had spent years going to the bathroom in her cage and so had never been properly housebroken. Though the foster lady was working with Lulu and explained that she had come a long way, she still had occasional accidents. Lulu had already been adopted out once, but the family had returned her because of her potty-training issues. She estimated Lulu to be about 8 years old.

The foster home was about a 45-minute drive from where I lived. I agreed to go meet Lulu and instantly fell in love. Not only is she the most adorable dog ever, she has the sweetest, most loving personality. I took Tucker with me and she instantly fell in love with him. In fact, the foster lady explained that she wouldn’t let Lulu go to a home that didn’t have another dog because Lulu got very anxious when she was by herself. I am sure that came from the years of having so little human contact. All she knew was her cage and other dogs.

When I first brought Lulu home, the only way I could get her to come to me was to call for Tucker. Once he would come to me, then Lulu would follow. Tucker was her “security blanket”. She did nothing without him. She has since gotten more bold and will actually follow me around the house wherever I go. She has become my little shadow and it makes me feel very special that she has put her trust in me.

She truly is a shining light in our lives. We love her SO much! It breaks my heart to think of the years she spent wasting her life stuck in a cage. Never feeling the grass on her feet. Never sleeping on a soft bed. Never getting to be a “dog”. My family and I made a vow that we would be the ones to give her all the experiences that she missed out on. But, so far, she has given us far more joy than we have given her, I am sure.

When Lulu first came to live with our family, we decided to change her name. We wanted to keep it similar to what she was used to but give her something special too. We chose to call her “Leelu”, which is a Hindu name meaning “sugar”. It seemed to fit since she is the sweetest little girl on the planet! 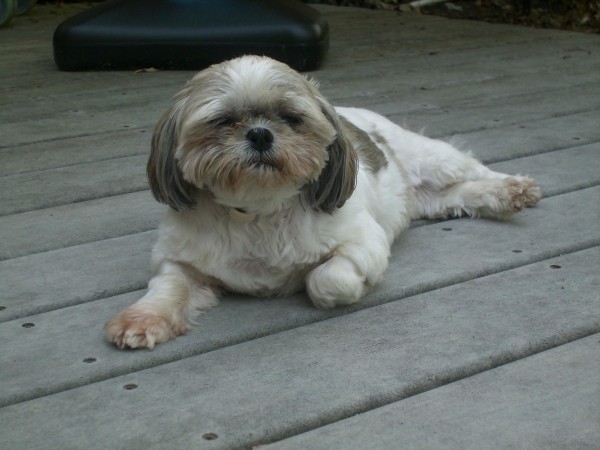 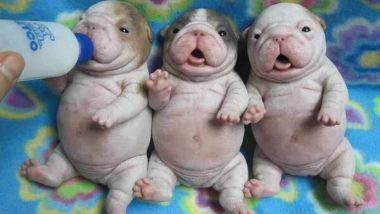 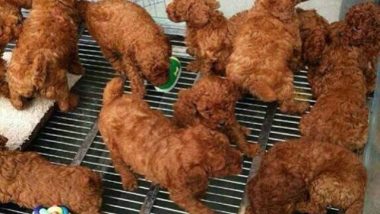