The Irish Wolfhound, often referred to as a gentle giant, is generally introverted, very intelligent, and reserved in character. An easygoing animal with a sweet temperament, the Irish Wolfhound is quiet by nature, and thrives on companionship. 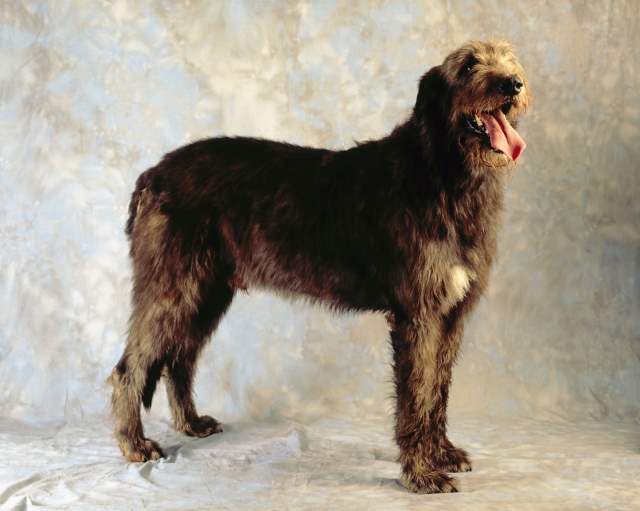 The Irish Wolfhound can be referenced back to 391 BC. They were documented by the Romans and were given as gifts to royalty. Their main function was to hunt wolves and Irish elk, but as the prey disappeared and the country suffered from famine, the breed became almost extinct.

In 1869, an Englishman took the few remaining Irish Wolfhounds and began breeding them with the Scottish Deerhound, Great Dane, Borzoi and Tibetan wolf dog to try and preserve this gentle giant.

It was in 1870, at a dog show, when this breed was reborn. They were officially recognized by the AKC in 1897.

The Irish Wolfhound is a combination of muscular power and grace. Being the tallest of breeds, their appearance is always a head turner. A male stands at a minimum of 32 inches and weigh a minimum of 120 pounds, with females 30 inches tall and 105 pounds in weight. If a full-grown male Irish Wolfhound stands on his hind legs, he may be as much as 7 feet tall. 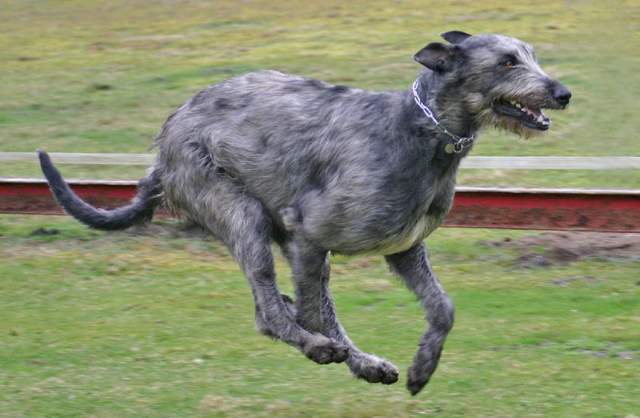 Their coats comes in a variety of colors, is rough in texture, and has longer wiry hair over the eyes and under the jaw. Colors include black, white, brindle, fawn, gray, and red. The neck is long and muscular with tight skin on the throat and the chest is deep and wide. Overall they should be in proportion, head to body.

The Irish Wolfhound was originally bred to be a fierce fighter, but no longer does he live up to his ancestry. Despite his huge size, he has a sweet, calm nature, is sensitive and patient and very easy going. He is very good with children, somehow sensing just how big he is. 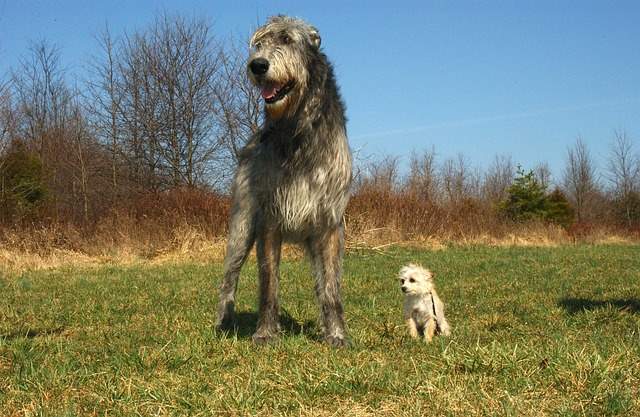 You could classify him as a guardian rather than a watchdog, for although he is very alert and courageous, he is not suspicious or aggressive towards strangers.

Just his humongous size will intimate anyone with wrong thoughts on their mind. His lust for chasing prey is still there, if given the opportunity.

Care of Your Irish Wolfhound

Because of his massive size, he will need exercise in the form of a daily walk, or a large fenced yard, to keep him in shape.

This is where good training comes in handy. He needs to learn to walk next to you and not pull you down the street. The Irish Wolfhound is relatively easy to train, but it’s a good idea to start early, when he is a smaller size, to make your job more manageable. 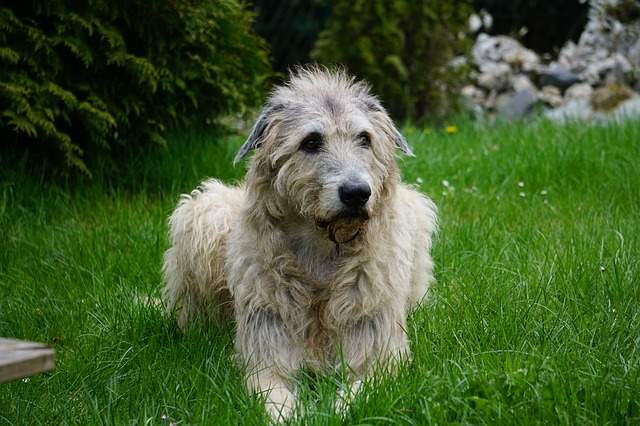 Training must be consistent, with a firm but gentle hand. Being left alone for any length of time is not a strong trait of this breed; preferring to be your companion, he may become bored and a little destructive.

The Irish Wolfhound is clumsy as a puppy and will be slow to mature. He will not be fully grown until about 2 years of age. Sleeping quarters must be large enough for him to be able to spread out, and spread out he will. 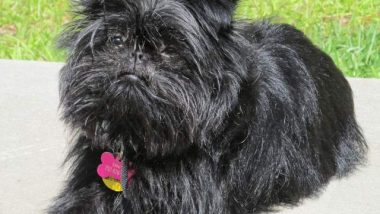 Affenpinscher – aka The Monkey Dog 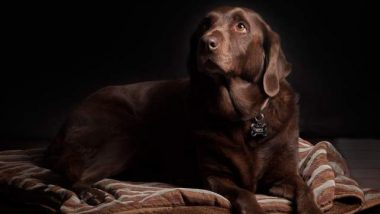