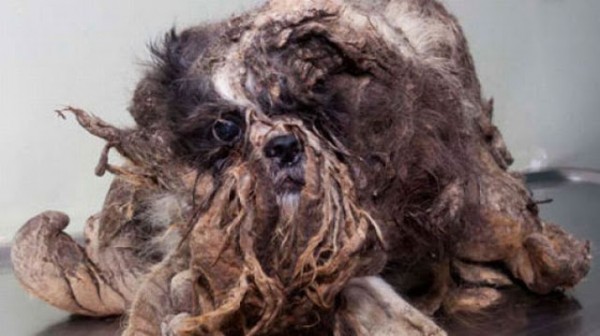 This poor little guy was found on the streets by the Quebec Society for the Protection of Animals. Barely recognizable as a dog, he was originally thought to be a pile of trash. His fur was caked with dirt and matted so badly that it made him look a lot bigger than he really was. He was taken to the QSPA to be shaved, trimmed, bathed, and groomed. It took 6 employees 3 hours to do the clean-up.

After the makeover, they estimated the pup was about 10 years old. He was sweet-natured and friendly. Next came a weeklong trip to the vet, after which he was returned to the SPA, and quickly adopted! Don’t you just love happy endings?

This story reminds me of one of my own, about my Scotty “Dolly”, but I’ll save it until after you see the pictures of this dog’s transformation: 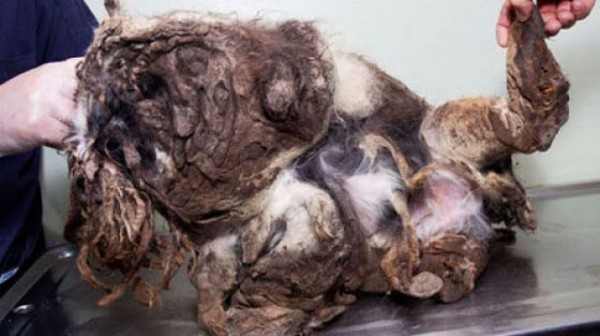 What a relief it must have been to get that mess off his back! 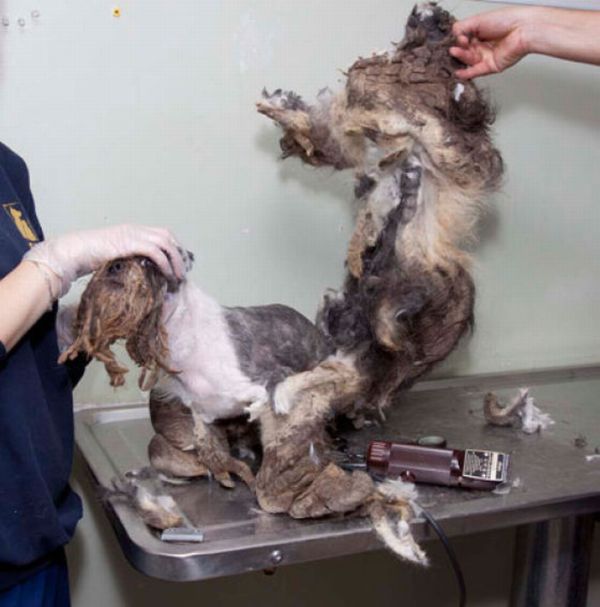 He’s a little bit freaked out by the buzz of the clippers! 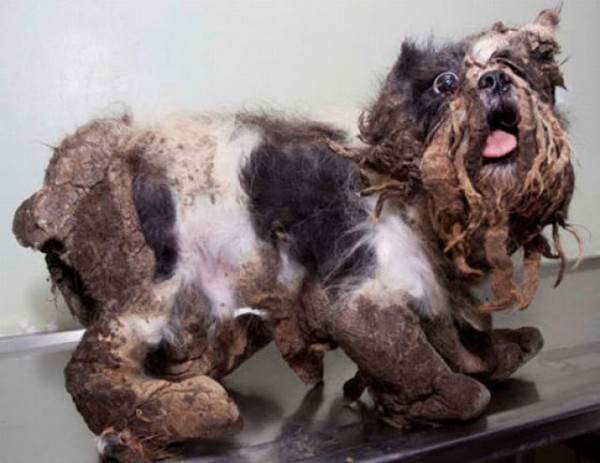 A sweet boy was revealed 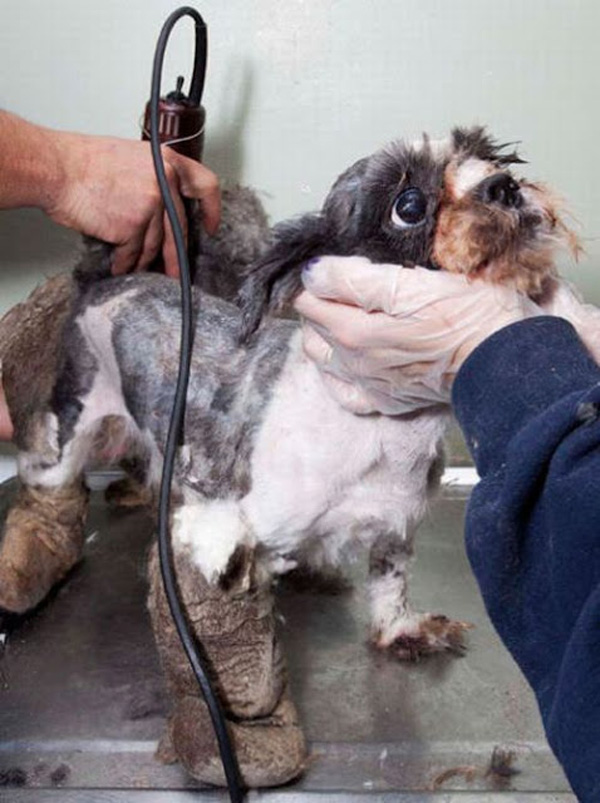 Some trimming around the ears… 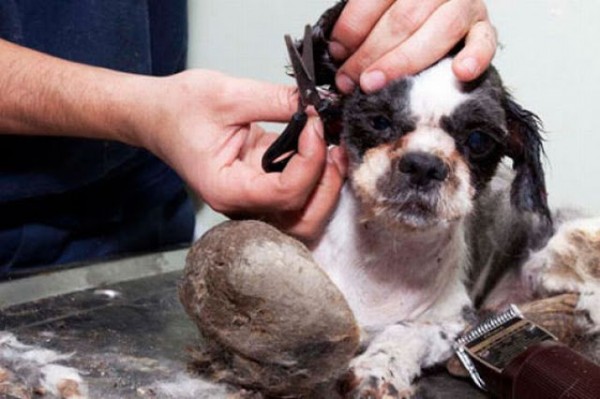 …and the transformation is nearly complete! 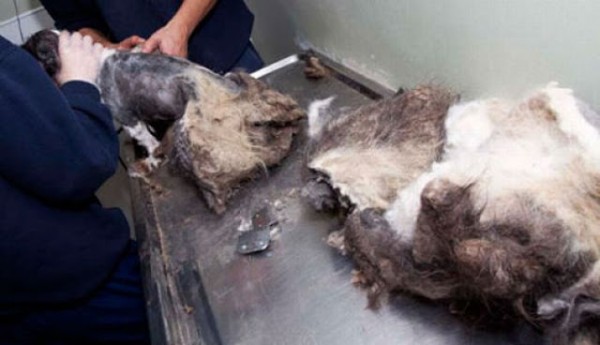 Ta da! So fresh and so clean! 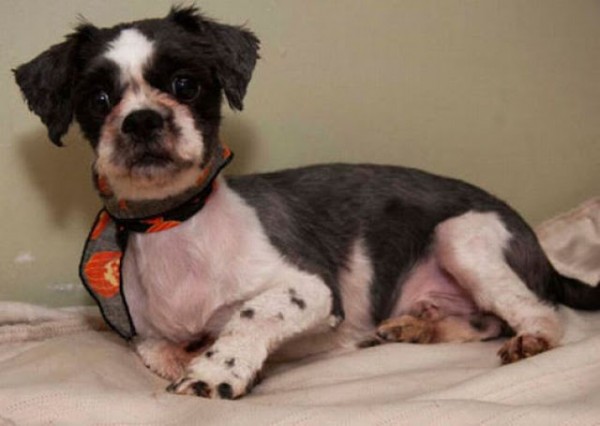 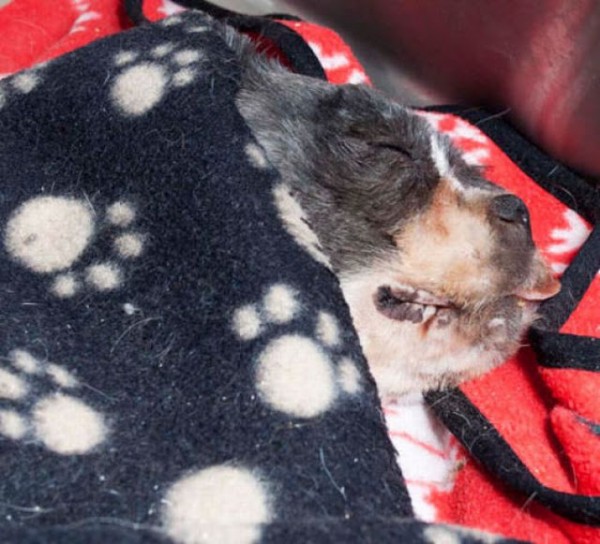 Bless the hearts of the people who rescued this boy, those who took care of him, and those who adopted him!

Now, my story about my dog, Dolly. I was about 8 or 9 years old, and I was in love with Scottish Terriers. They were expensive though, about $50! (That was a long time ago.) I had been saving my nickels, dimes, and pennies in my piggy bank, saving up to buy a Scotty.

One Sunday, my mom was looking through the want ads in the Sunday paper, when she saw an ad for an AKC registered Scotty for sale for $15! She called the number in the ad, and found out that the reason for the low price was that the dog, a female, couldn’t have babies. They were breeders, so she was no good to them.

I knew I didn’t have $15 in my bank, I had $13-something. My mom told me to get it all out and count it anyway, maybe I was wrong. As I shook and shook, several folded $1 bills fell out. It seems my dad had stuck a few ones in there without my knowing. I had enough for the dog and enough left over to buy her a feeding dish and a collar!

I called my best friends from up the street and we all hopped in the car and headed to the address we were given. It was quite a ways away. When we got there, the driveway to their house wound through the woods for nearly a  mile. The person came out and got into their truck, to take us to the dog’s pen, which was almost all the way back down to the beginning of their driveway. About 25 feet off to the side of the driveway, Dolly sat in a dog pen.

She looked so pitiful. She was alone, and obviously lonely and scared. She did not have the smart trim of a Scotty, but long, untrimmed fur that was solidly matted with cockleburs. The burrs were thick in her “armpits”, and her face was covered in them. Every inch was jam-packed with dirt, burrs, and matts.

My mom got her papers and all the information we needed, paid the lady, and we left. My 2 friends and I went to work on Dolly (registered name “Paper Doll”) in the floorboard of the backseat, working the burrs out of her fur. It actually took several days to get all of them out, then we took her to the groomer and Dolly got her own makeover.

Dolly didn’t look as bad as the pup found by the QSPA, but consider this: the QSPA pup had no one to look after him, he was a homeless stray on the streets. Dolly had an owner, and should have been taken care of, instead of being banished to a miserable existence in a pen far from the house.

But, happy ending for Dolly, too! She lived many long and happy years with us, and will never be forgotten. 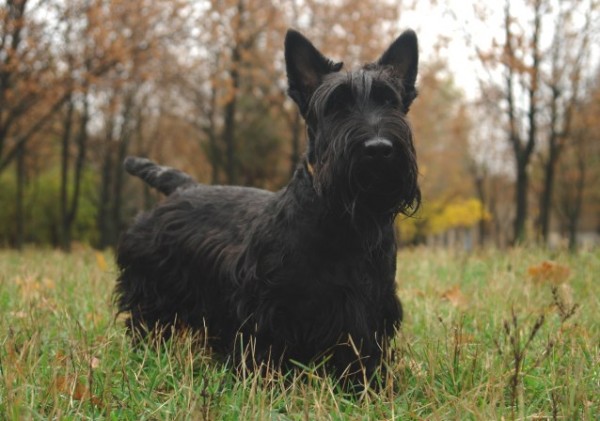 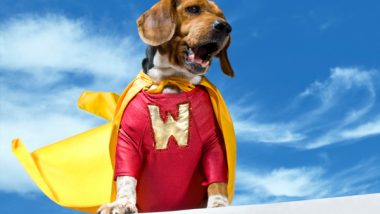 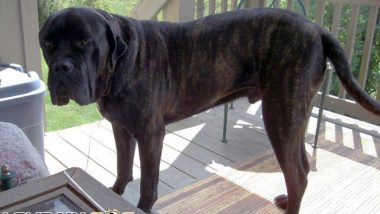 Mastiffs – The Gentle Giants of the Dog World