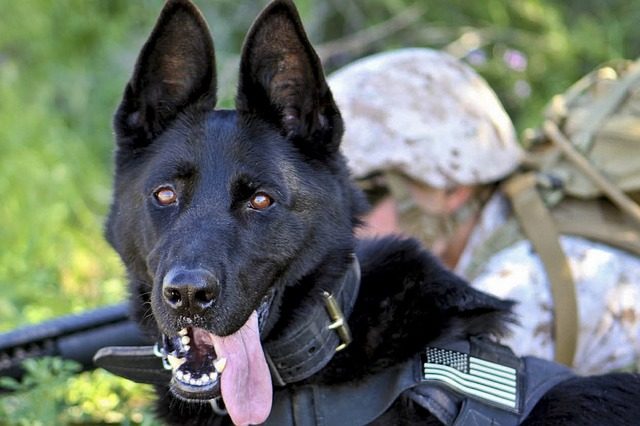 Military dogs work in all kinds of stressful situations. They are trained to sniff out explosives and detect the presence of land mines. They also serve as guard dogs. It is safe to say that a dog can be successfully trained for just about any kind of task. Ideally, military dogs are trained along with their handlers, making it much easier for the team to function at a high level while they are actually working. 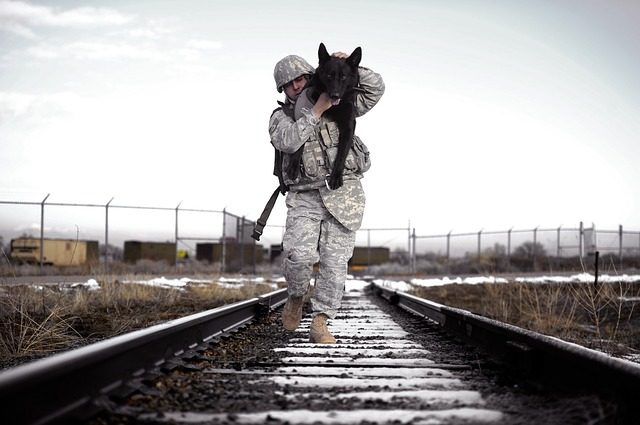 When it comes to the relationship between humans and canines, there has always been a special bond. Of course, some situations lend themselves to a bond that grows even stronger than the others. More specifically, dogs in the military serve a very important function as working dogs, but they also do so much more.

In reality, they are often the only solace that a soldier has when far away from home and in combat. As such, the bond that develops between a dog and its handler is something that can never be broken, regardless of circumstances or how much time passes. These individuals become more than partners and their relationship goes far beyond one that is strictly about getting the job done.

Many times, this bond extends even when the battle is over for this particular pair, as both soldier and canine sometimes have the opportunity to go home and spend time together outside of the combat zone. 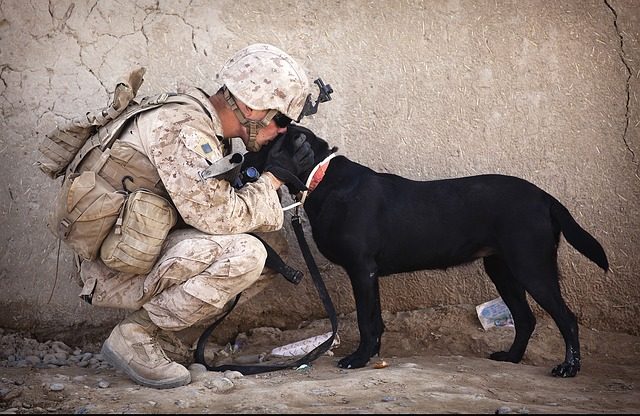 The Bond Between Human and Canine

For any individual that has ever owned a dog, it is much easier to understand this special bond that develops than it is for someone that really doesn’t consider themselves to be a “dog person.” However, no one can truly understand the bond that develops between a soldier in combat and the dog he or she works with unless they have been in that situation themselves. They literally depend on each other for survival and if one makes a mistake, the outcome can be tragic for the other.

Dogs have a tendency to express unconditional love under most circumstances and in this particular situation, that unconditional love extends to an unspoken bond that means that the dog will literally lay down his life for his handler without thinking twice. In a world where nothing is familiar and every moment is filled with tension, this is sometimes the only thing that a soldier has to hold onto. 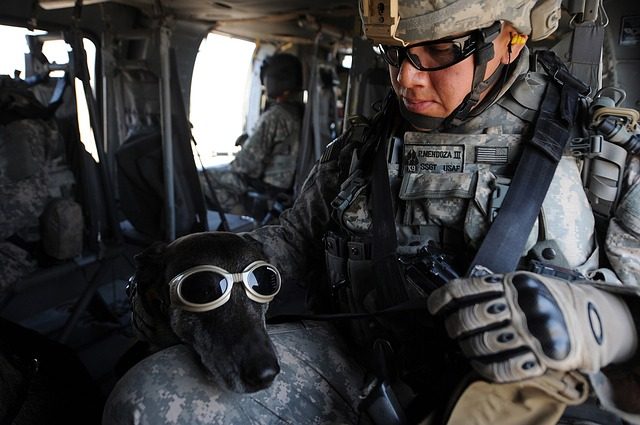 This is even more true as they realize how far away they are from family and friends, often meaning that the dog is the one that knows them best and is closest to them out of everyone they are serving with. Without a doubt, this special bond is something that cannot be broken because it has been battle tested in every sense of the word.

No one ever truly knows how strong someone or something really is until it has been put to the test. When it comes to the relationship between a soldier and a dog, the relationship is tested multiple times a day every day for the duration of time they are there. 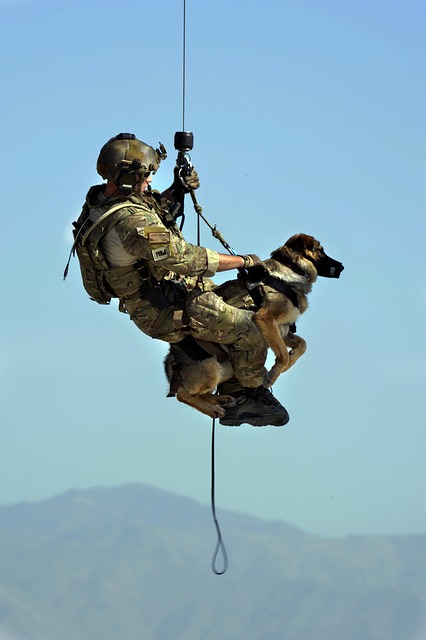 No one should ever assume that this partnership is strictly a working relationship. It would be impossible for the handler to do his or her job sufficiently if the dog were only seen as another tool. Instead, the bond that develops is so strong that the partners often become the best of friends, relying on each other for survival to be sure, but also for emotional support and for a special type of friendship that requires no words to solidify it.

For these individuals, the bond goes far beyond merely being partners. They are friends, family members, you might even say. As such, the bond that develops is one of the strongest that will ever exist, and nothing is capable of diminishing it, no matter what happens. 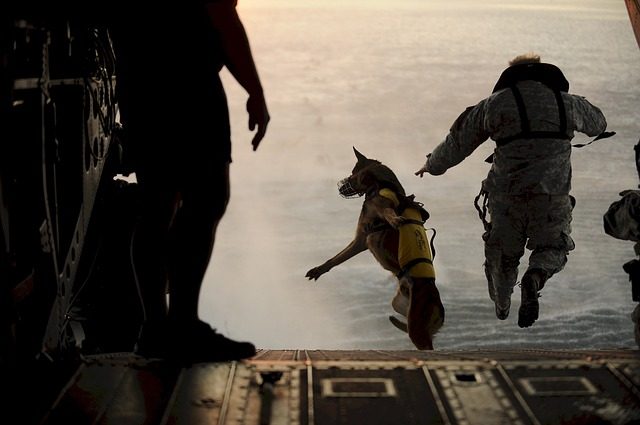 Fortunately, the end of a tour of duty does not always mean that these partners are separated. It is becoming more and more frequent that the soldier is capable of adopting the dog to bring it home once the tour of duty has ended. This is advantageous for both individuals because it means that they don’t have to be separated simply because they are no longer in combat. After all, these are individuals that have been through thick and thin together and it only makes sense that they would be allowed to remain together for as long as possible.

This also serves another very important purpose. It offers soldiers an opportunity to heal once they get home, as the dog is often the only one that can reach them after they have been involved in combat for so long. 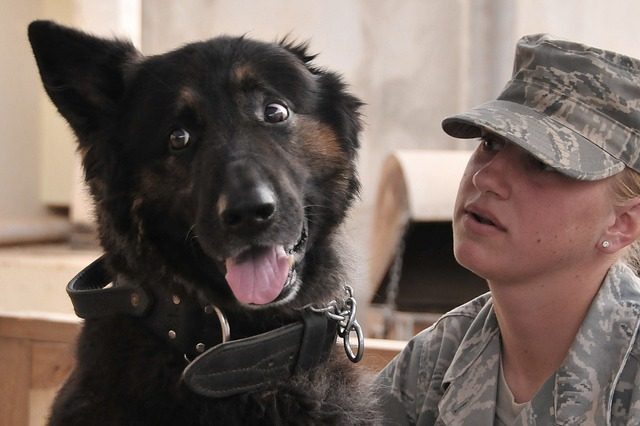 They don’t have to explain how they are feeling to the dog or try to justify it. They can simply allow themselves to be who they are in the moment without worrying about being judged or what someone else might say. In other words, they can show all of their feelings when they are around that dog, feelings that they might not ever choose to show around any human being, regardless of how close they might be to that particular individual. This can make all the difference in the world in their ability to function well after a combat situation. It works equally well for the dog, too.

In closing, it would be a huge mistake to ever assume that a military dog is just another asset that is used as if it were a piece of property. These are living, breathing creatures and to the soldiers that are partnered with them, they are perhaps the most important living being around, both in the combat zone and at home. 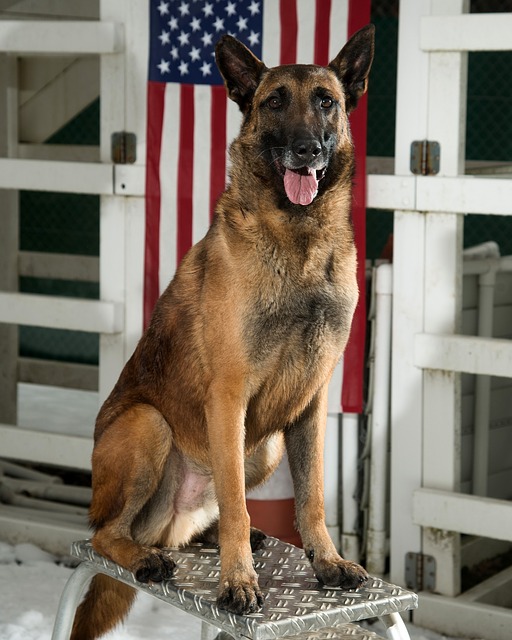 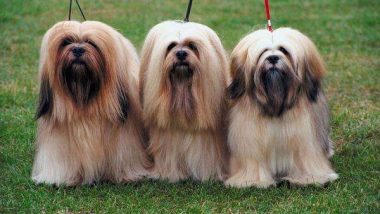 Small But Mighty – The Lhasa Apso 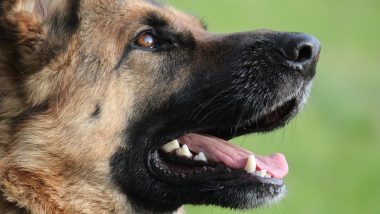