Buddy Came Into Our Lives and Stole Our Hearts 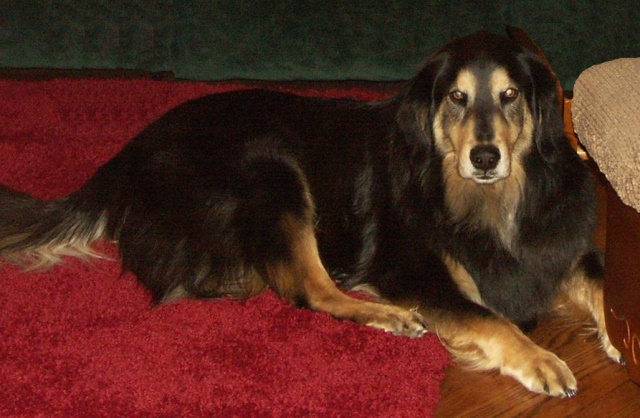 My husband, Rich, and I were looking for someone to put in a brick patio at our house. We met a man at a home show in Kansas. He invited us to come to the home show at Bartle Hall the next weekend because he was going to have a better display there. He left tickets for us at the door. We almost didn’t go because we were tired and had to work the next day. Luckily, at the last minute, we decided to go.

At the home show, Rich was talking to the man about patios. A woman walked up to see his display and she had a Wayside Waifs tag on. I asked her if they had a booth there. They did and I went to visit.

As I was walking up, I saw a sweet tan dog which had already been adopted. But that was ok, because out of the corner of my eye I saw a beautiful long-haired black and tan dog. I would soon find out he was part Afghan Hound and part German Shepherd. I went over and sat down on a bench next to a man that was there with this beautiful dog named Chucky. 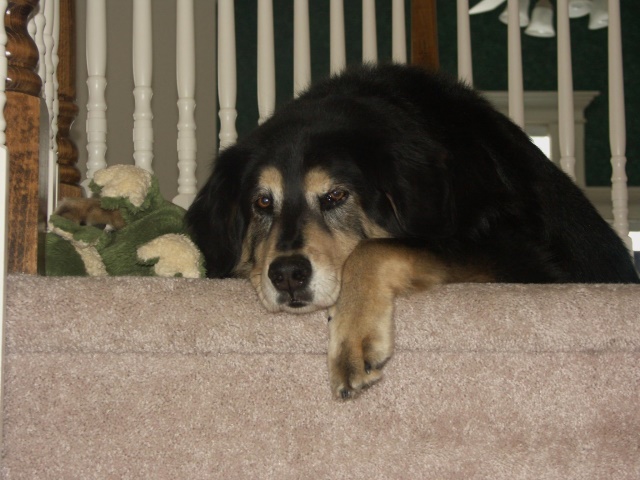 Chucky didn’t even act like he knew I was there. I think the man was a little concerned about this because Chucky had been there all weekend and it was almost closing time on the last night of the home show.

No One Wanted Chucky

The man sitting with Chucky told me that all the people at the show would see Chucky’s black tongue and immediately think he was part Chow and they were afraid that he would eat their kids. No one wanted this sweet baby. I guess he felt like I was Chucky’s last chance at a good home.

By that time Rich had come over. He was standing about 12 feet away from Chucky, the man, and me. The man told Chucky that he better act excited because this lady (me) could be his next owner. I said, “It depends on what my husband says.”

Rich, hearing this, reluctantly started over to where we were. I guess he knew he was had. Chucky went crazy jumping up on Rich and wagging his tail as soon as Rich got within his reach. You could tell this dog absolutely loved Rich. That was all it took; Chucky was ours. 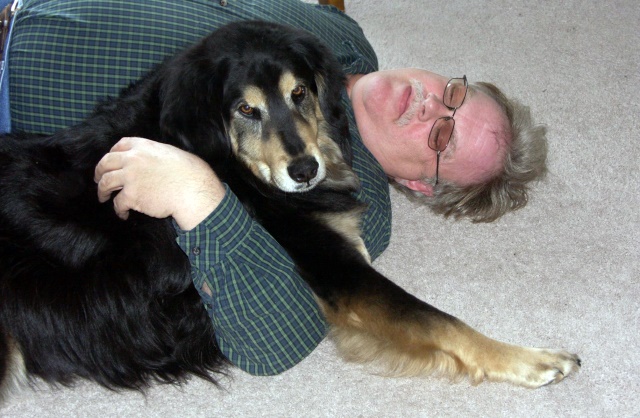 Chucky had been surrendered by his owner. The owner and his wife had a baby and the baby was allergic to Chucky. He asked Wayside Waifs to find Chucky a good home, because he was such a good dog.

We renamed Chucky and called him Buddy. He was now our little buddy, so the name seemed appropriate.

We bought a camper so we could take him on vacation with us. That was in 2003, and back then most motels and hotels didn’t allow dogs. We went to Colorado in our Expedition pulling our pop-up tent camper. We had the seats folded down so Buddy had a lot of room in the back of the Expedition where he laid down all the way across Kansas. 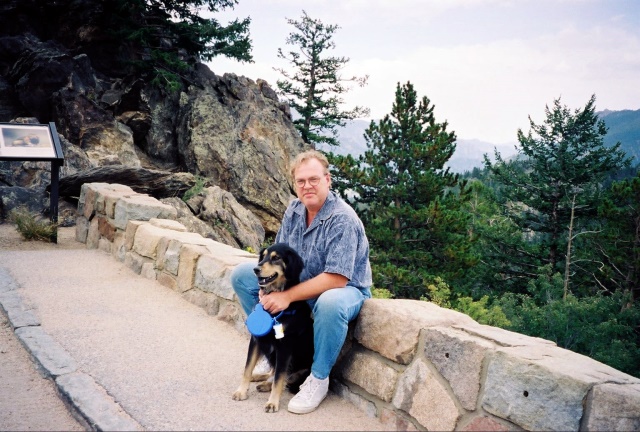 When we started getting in the foot hills, I said ”Buddy, you better get up or you will miss the mountains.” He got right up like he understood every word I said. He didn’t lay down once while we were traveling in Colorado. He would stand and look out the windows and if they were open, he would smell all the smells he could take in. He seemed so excited to be in the mountains. It wasn’t until we were on the way home and out of the mountains that he laid down once again. 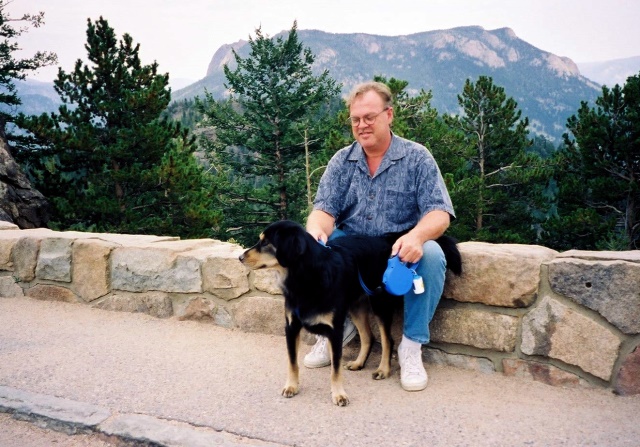 Buddy loved every person he met. He was truly a sweet and good dog. He hardly ever barked unless it was serious. You know, if there was a squirrel or other wild animal in his yard or walking on his streets. 🙂 He protected our house from everything. Of course, he mostly did this from indoors.

Such a Good Dog

Buddy never hurt animals intentionally. He dug up a mole once and kept squeezing it with his mouth to make it squeal. Cricket, our other dog, on the other hand, would snap their necks in about a second after catching them. 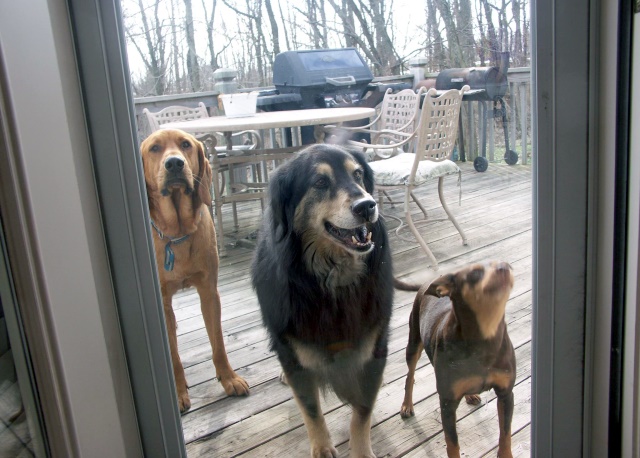 My great nephew Trey was maybe a year-and-a-half old and still in diapers. He was on the floor with Buddy and he started pulling Buddy’s front legs apart like pulling on a wishbone. This is how our soldiers in WW2 killed the German Shepherds that were trained by the Germans to attack them. Trey was hurting Buddy, but Buddy didn’t bite him. Buddy did cry out and of course we stopped Trey immediately. Trey didn’t understand what he was doing. But there again, Buddy wouldn’t hurt anyone. 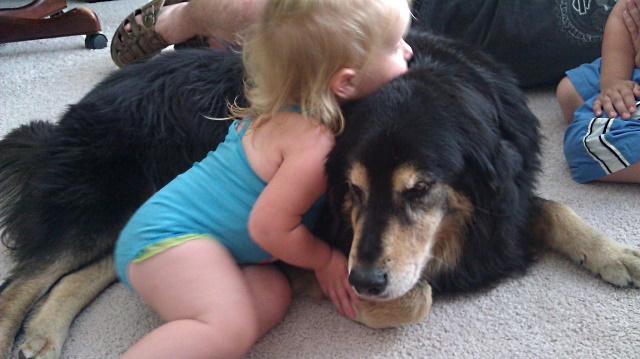 Buddy loved playing Sick’em with me, which was a sort of game I made up. He loved to fetch toys. He even put his toys back in the toy basket, a lot of the time, when he was through playing with them. He had a stuffed pirate that talked. It said, “Aye ya matey, walk the plank.” We were watching Pirates of the Caribbean and Buddy ran over and got his pirate out of the toy basket and brought it in by the TV and played with it.

We got Cricket a year after we got Buddy. This way he would have company when we were at work. Cricket and Buddy became very close. Cricket was much smaller and when Buddy would play with Cricket he would always be extremely careful not to hurt her. 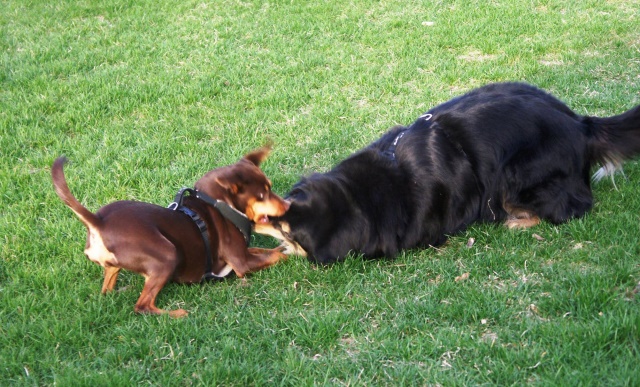 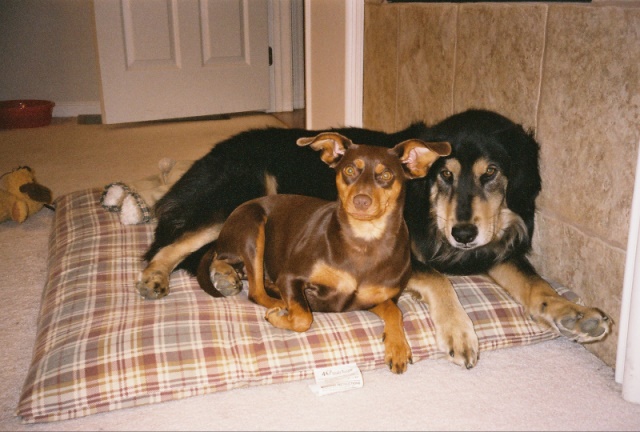 After Buddy died, Cricket took over and did this whole ritual exactly the same way Buddy did. Cricket started sleeping in his bed and on the floor where Buddy would end up during the night.

She never did that until Buddy died. She would lay by Buddy on the floor, on the landing, or in their bed. He was her big brother, her friend and protector and our sweet baby boy. 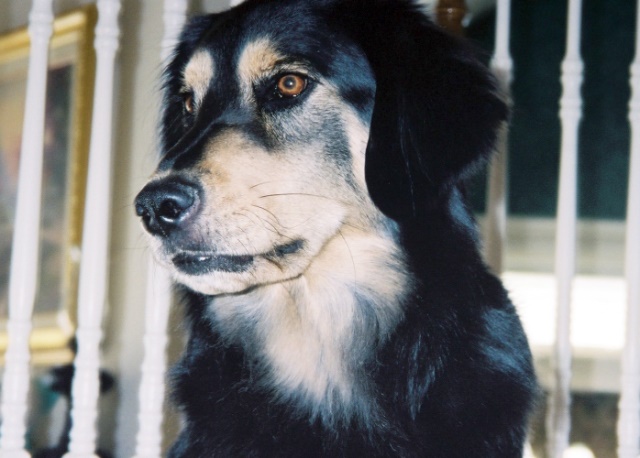 We miss you so much Buddy! Rest in peace. 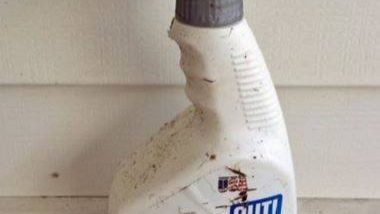 I Guess This Puppy Couldn’t Read 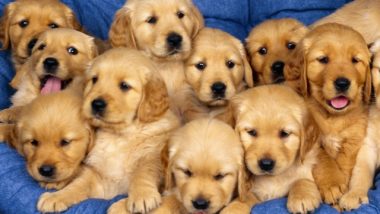 5 Things To Remember While Caring For Your New Puppy