It’s been a little over 8 months since we brought our Greyhound Andy home. He came to us in February 2020 this skinny, scruffy little guy who was so shy and uncertain. 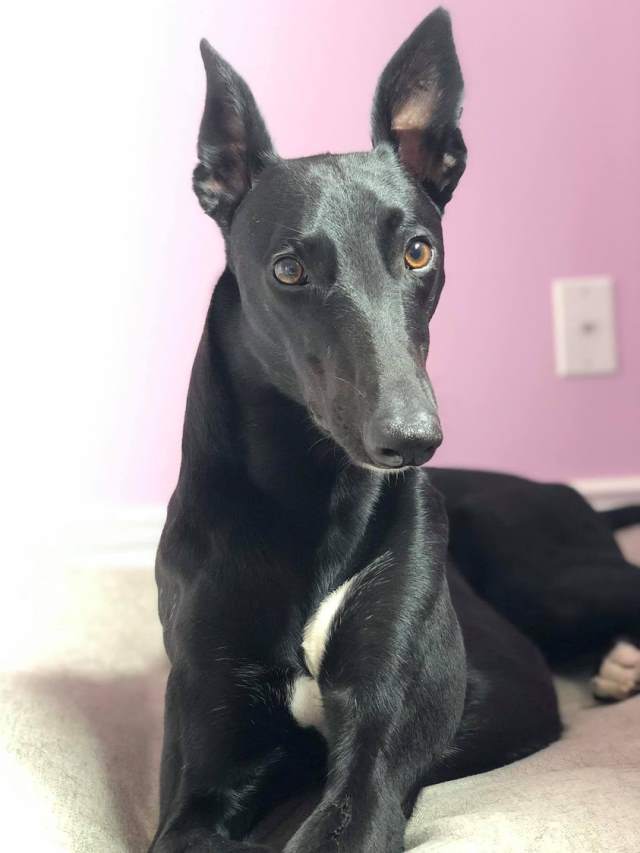 When I look back at the original pictures I took of him, I don’t recognize that dog anymore. Some of that is because Andy has literally grown up right in front of us and some of it is because he’s now a larger-than-life wild child with a personality big enough for 20 dogs. Andy has the biggest and brightest smile now that he knows he belongs somewhere.

Andy was born in China. I don’t actually know much about his history. He doesn’t have any paperwork to say where he came from, where his parents are or who was responsible for him. All I know is that my precious boy found his way to a butcher shop where he was destined to be killed and eaten. He was taken from there to a shelter that housed over 4000 dogs, most of whom were sick with disease, injured or dying.

Andy himself was severely ill with canine distemper when he was finally rescued. He was one of the lucky few. He was picked up by Candy Cane Rescue in October 2019 and brought to safety, where he received the veterinary care he so desperately needed. He spent over a month battling distemper in a fight for his life while most of the other dogs rescued with him died.

In the picture above, note that the vets at Candy Cane Rescue are not always prepared with bedding for the dogs’ comfort. Candy Cane does supply beds for the dogs in their cages but Andy hadn’t received one yet.

On to the States

When Andy was well enough, he was reserved to fly internationally to MotorCity Greyhound Rescue in Michigan, USA where he would be given the opportunity to find a forever family. 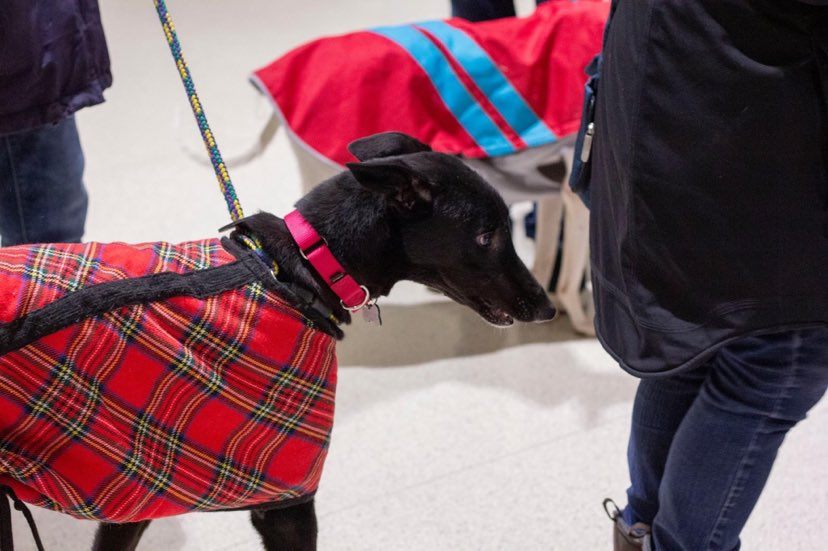 A Thin Boy Getting Off the Plane in the US

Andy arrived on January 23rd, 2020 and one week later we made the four-hour journey from Ontario to pick him up.

I remember the moment I first laid eyes on him. He stood off in a corner while the other dogs greeted us excitedly. He was so shy and seemed so fragile at the time, a far stretch from the flamboyant and vibrant dog I now know.

I sat on the floor beside him while Andy curled up on the couch with his tail tucked and his head raised in suspicion. He let me put a collar on him and gently pat his shoulder for a few minutes before we started our trip home. 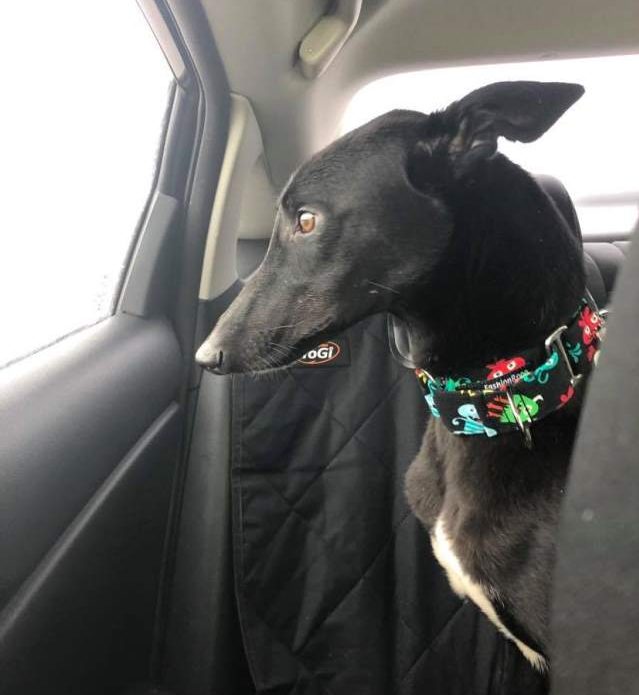 Settling Into His New Home

The first couple months didn’t come without their challenges. Andy had a hard time letting us touch him for the first week he was home. His mistrust of humans was very clear but he seemed to take comfort in following his big sister Hannah’s (rescued racing Greyhound) example. He trailed her around the house bouncing and swatting at her like an annoying kid brother. She took it in stride and showed him the ropes, how to follow our routines and gave him gentle reminders that she was the reining queen of the house.

After a few weeks Andy came around to letting us handle him. He started to seek out our affection, cuddle up with us on the couch and follow us around like the little shadow he’s become. I’ll never forget the time I was reading on my bed and Andy hopped up, army crawled his way over to me and nestled his head between my neck and shoulder. It was such an incredible feeling knowing this poor thing who had probably never felt safe in his life was now starting to understand love and security. 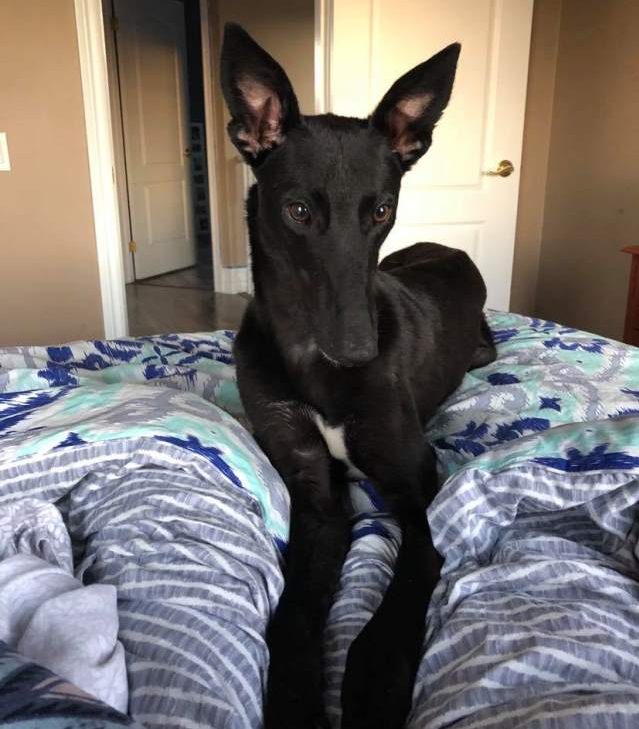 A Very Thin Andy Feeling the Comfort of a Soft Bed

Andy was also a scavenger and a pickpocket of the sneakiest variety. His favourite day to go for a walk was garbage day and he would make a beeline for the smelliest bag he could find. He had a knack for finding sources of water and was always using his big ears to listen for flowing streams on our walks.

Andy would become, and still does, overjoyed when we came across a puddle. He would prance through it, splashing water everywhere, and then try to drink as much of it as he could. It was very clear to me that food and water were a very uncertain possibility in his past.

Andy would also steal things from around the house when he thought no one was looking – socks, shoes, coasters, papers, headphones and more. Although he doesn’t seem to want to collect novelty items as much anymore, he certainly loves the attention he gets when he snatches my earring right out of my ear!

Andy has made literal leaps and bounds of progress since he came home to us. He has grown a full two inches in height, gained 14lbs and now has the blackest, shiniest coat I’ve ever seen. He loves to play, he’s an excellent retriever and his intelligence never fails to astound me. Andy learns new tricks on the second or third try and he’s constantly picking up on new words every day. 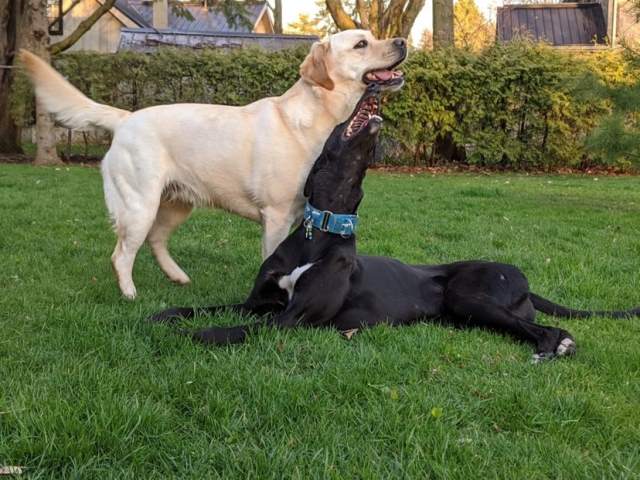 Andy’s favourite things in life are sneaking into our bed at night, his fuzzy purple monster toy, chicken jerky treats, his Labrador Retriever cousin Islay, hiking with his family and cuddling up on the couch with me at the end of the day. He knows our routines better than we do and does his absolute best to hold us to them. He is a joy and a bright light in our lives.

Andy is still learning to love people. For him it’s a love that’s buried under a lot of rightful mistrust and experiences full of pain and fear. Thanks to his big sister and role model Hannah, Andy’s starting to approach strangers with inquisitiveness and a little tail wag. We’ll get there, but I suspect it will take years for all the abuse Andy suffered in the hands of humans to leave the forefront of his mind when he meets someone new.

Until then, I couldn’t be happier watching the little bits of progress he makes unfold daily. Andy’s resiliency astounds me. I say it so often but I have no idea how he has gone through literal hell and still has the sweetest temperament, a mischievous smile and a sense of humour that keeps us laughing always. He is nothing short of incredible and we love this not-so-little-anymore boy with our lives. 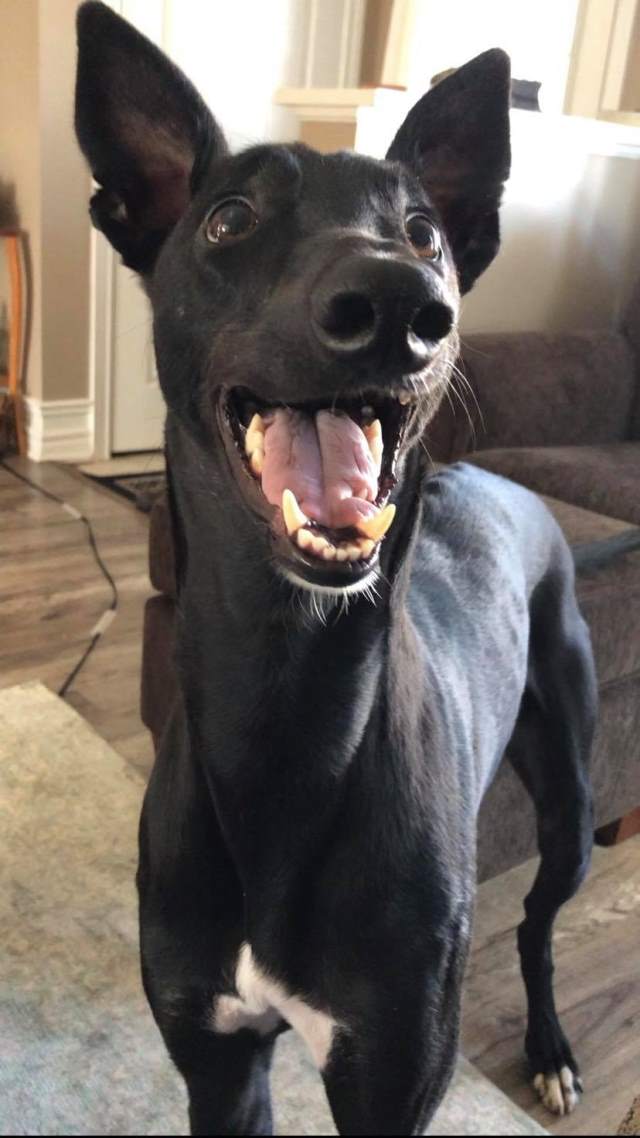 A Happy and Healthy Andy!

Thanks to Those That Helped

We are eternally grateful to Candy Cane Rescue for saving him and giving him the will to survive everything he went through. 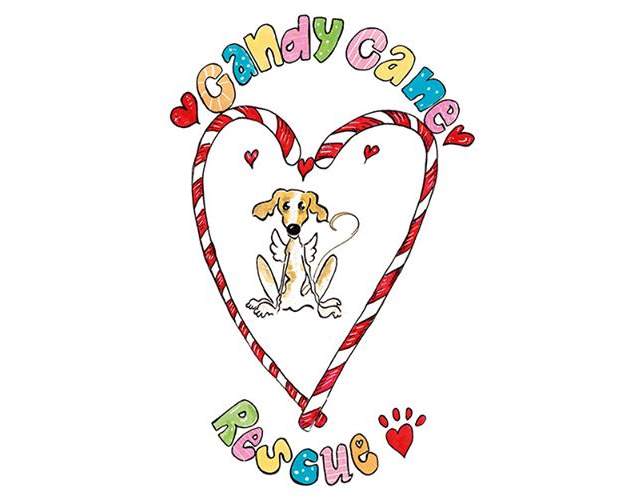 We can’t thank MotorCity Greyhound Rescue enough for welcoming him to the US with open arms and allowing us to be the ones to bring this beautiful boy into our family.

You can support both of these hardworking rescues to continue to help more deserving dogs like Andy by donating, spreading the word, volunteering, fostering and adopting. Every little bit of support goes to saving a life.

Please visit Candy Cane Rescue to learn more about where Andy came from and what you can do to support the effort to save sighthounds from the meat trade in China. Every donation they receive counts and every person willing and able to love one of their dogs is changing a life in ways we can’t even comprehend. ~Bo’s Mom 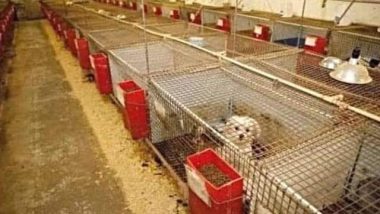 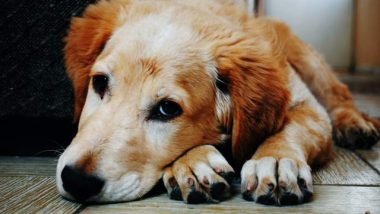 Loving And Caring For An Older Dog